Skip to content
Flags-World » Flags of international organizations » NATO: photo, flag, decryption, what it is

Flag of NATO – Official Symbol of the Alliance, united by 30 countries from Europe to North America. This organization supports a unique connection between these states and continents. Representatives of countries consult on the defense of the borders, ensure well-being on their territory, strengthen democratic values. The flag of the international organization today has become a symbol of security and peaceful settlement of any conflict. This is the symbol of the alliance to which our material is dedicated.

Before talking about the flag of the organization, find out – what is NATO. This is a military-political unit formed by the United States, Canada, and many countries of Western Europe to protect Europe from the attacks of the USSR.

Important! The main point of the NATO Charter approved collective defense when attacking from outside to one of the Member States of the Alliance. To ensure protection, the organization supports regular military units in all countries that are included in its composition.

The establishment of an organization was dictated by the political situation developing in the world. When the USSR state appeared in 1922, two confrontation blocks were formed in the world – capitalist and socialist. Gradually, on the political map of the world, the number of countries that chose the socialist development path increased, so representatives of capitalist states have taken real actions to contain this ideology. Today, socialism does not pose a threat, so the goal of NATO’s activities is the protection of the countries – participants of the alliance from any external aggression. In July 2016, the Protection of the World Community from Russian Aggression was announced at the primary task summit.

How NATO is decrypted

If you translate literally, it turns out – the organization of the North Atlantic Treaty.

Good to know! NATO abbreviation is used in feminine, since the organization is. However, if there is an additional word, the block of phrase “NATO block” becomes a male genus.

NATO abbreviation is often replaced by the phrase – North Atlantic Alliance. This name is also true because it reflects the form of the organization – the countries have merged and signed an agreement aimed at solving a specific problem. Atlantic block – such a name is used because countries that are part of NATO are located on two sides of the Atlantic Ocean.

Each major organization must be recognizable and have its own symbolism. Over the flag of NATO worked for a long time, many projects were rejected. According to the North Atlantic Council, the emblem on the flag should be simultaneously simple and surprised by the design, to demonstrate the traditions of the Commonwealth, which combined all members of NATO. 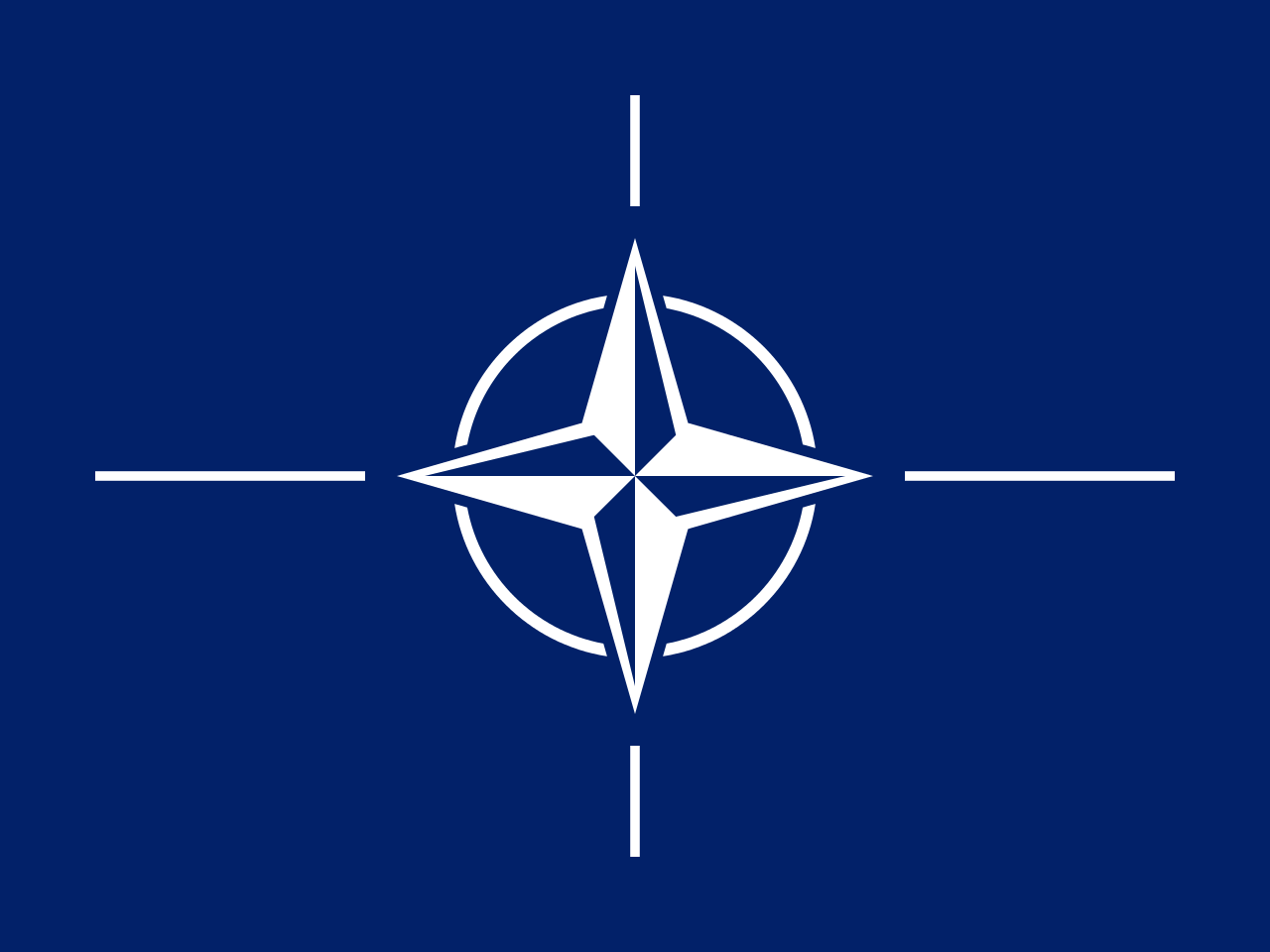 Interesting fact! On October 28, 1953, the NATO emblem was approved, which we see today on the organization’s flag.

The flag of the Alliance was approved a year later – October 14, 1954. This is a blue (Panton 280) rectangular cloth with a white emblem in the center. The emblem is a wind rose (quadrangular star) inserted into a circle. From the top of the star diverges white rays of the same length. The angles of the symbol point to the sides of the world, and the compass symbolizes movement to the world. There is another version – the compass means the countries that are in different parts of the world, white color symbolizes unity and peaceful cooperation, and blue – the color of the ocean.

How many countries in NATO

Also 20 countries take part in a special NATO program – “Partnership in the name of the world”.

0
The flag of the United Nations is the official symbol of an organization formed
Leave a Reply Cancel reply
← The flag of United Nations: picture and colors ← Flag Anime: colors and meaning