Skip to content
Flags-World » Flags of Europe » Flag of Bosnia and Herzegovina: color and meaning

Flag Bosnia and Herzegovina in today’s form was adopted by the Parliamentary Assembly of the country on February 4, 1998.

Bosnia and Herzegovina – Government, located in the Balkans, in the south-east of Europe. The country took independence in the first half of the 90s of the XX century, separating from Yugoslavia.

So the flag of Bosnia and Herzegovina looks like: photo 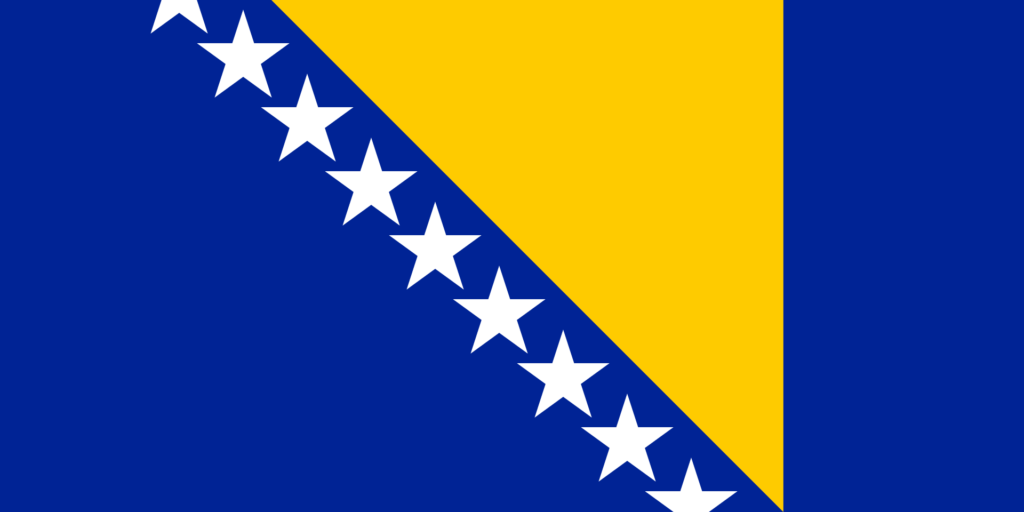 History flag of Bosnia and Herzegovina

At that time, at the time, at the time when Bosnia and Herzegovina were part of Yugoslavia, her flag was a red cloth with a small flag of the federation itself in the upper left corner. Such badges were very common in the twentieth century. Apart from the regions of Yugoslavia, this principle of construction was used in the signs of dominion and republics of England and the USSR. 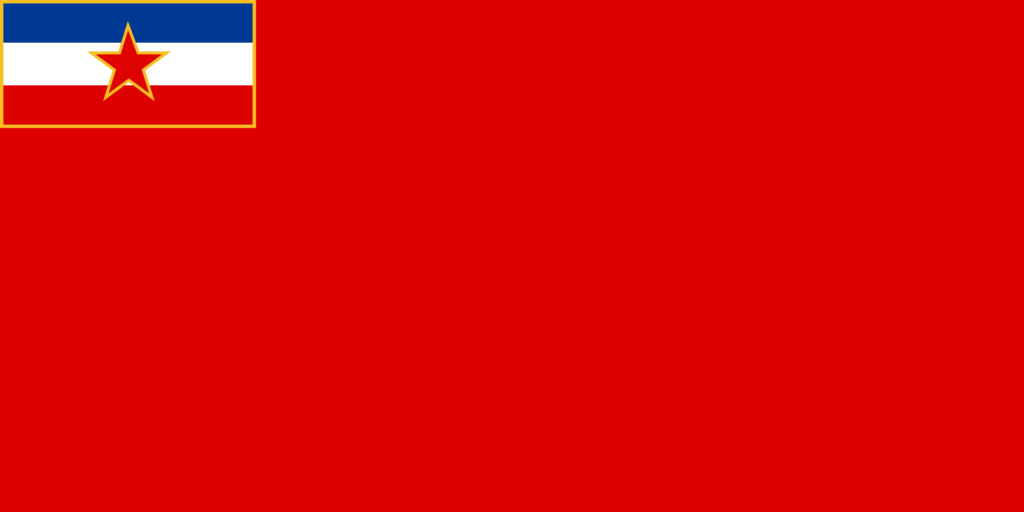 At the end of the exit from the composition of Yugoslavia, a new flag was approved in Bosnia and Herzegovina: a blue shield was placed on a snow-white rectangular field in a gold edge. The shield itself was divided by a snow-white strip passing from the left upper angle to the right lower right. Three heraldic signs of the blade were stated on both sides of this strip. These days, this flag is considered obsolete (its official application does not result from March 31, 2007), but it is still very popular among Bosnian nationalist and religious (Islamic) organizations. 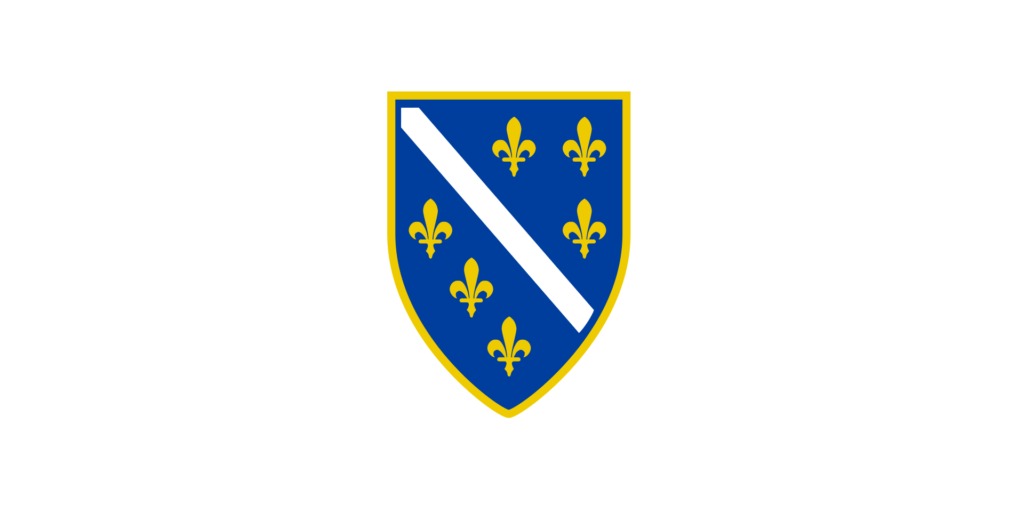 At first, there were 7 projects of the flag of Bosnia and Herzegovina. 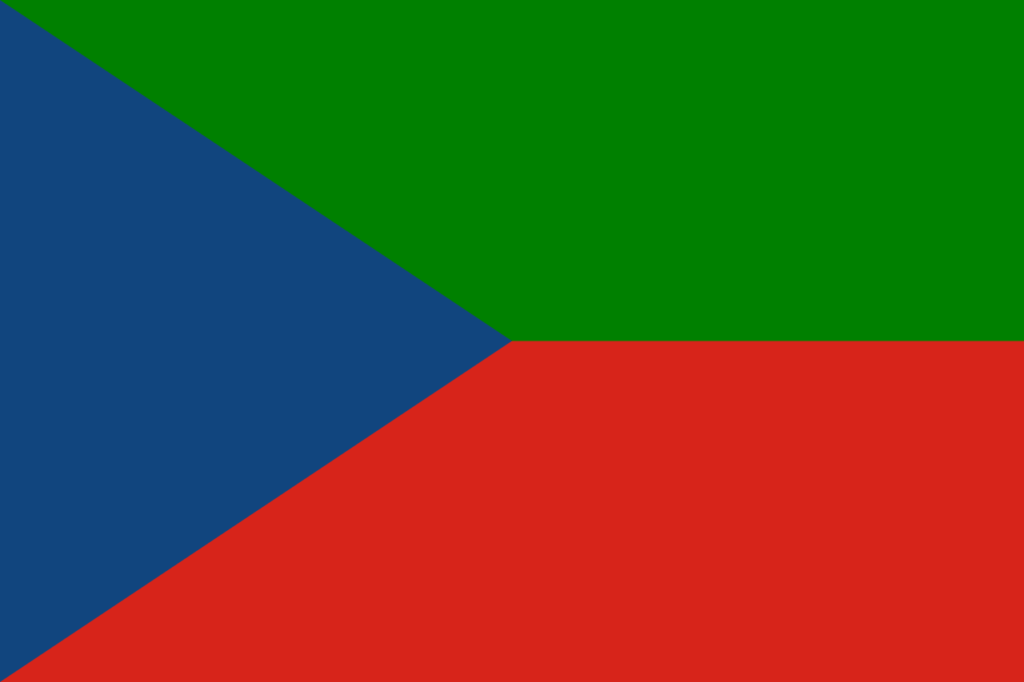 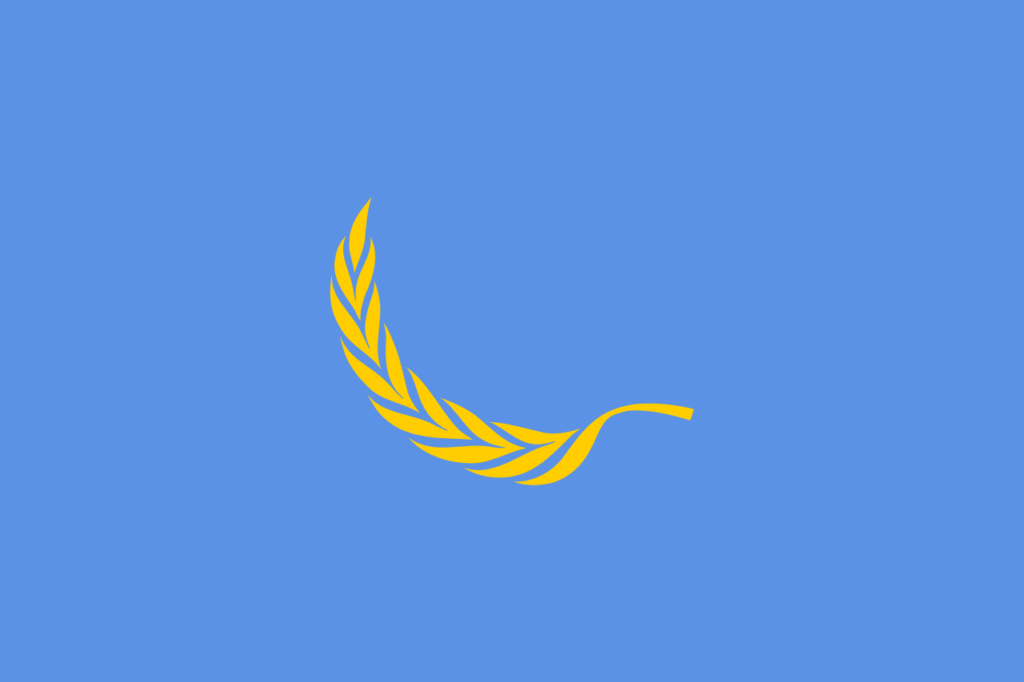 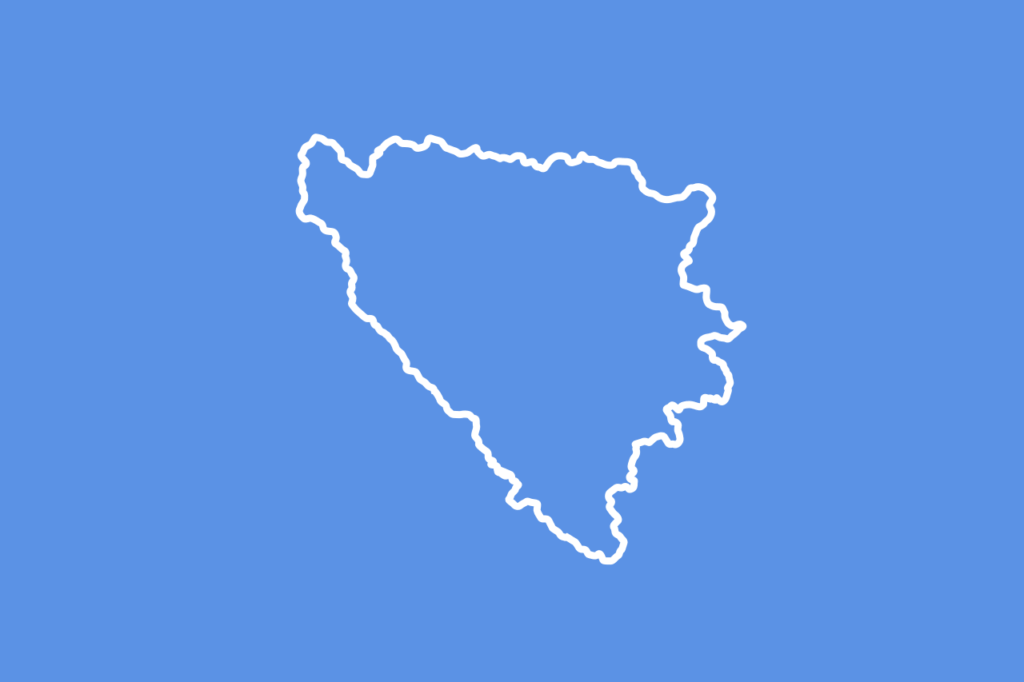 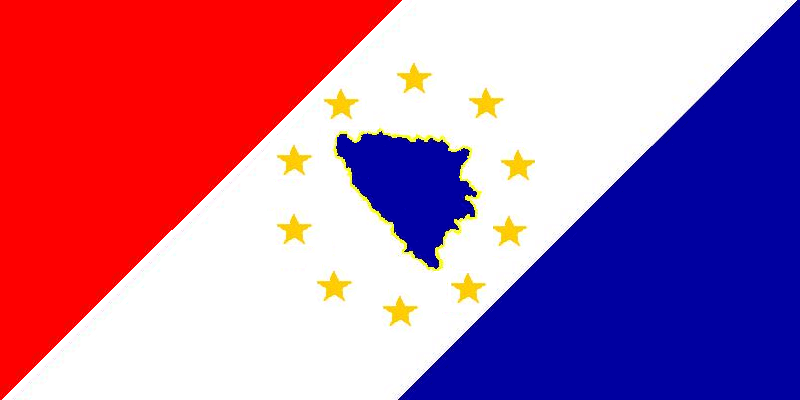 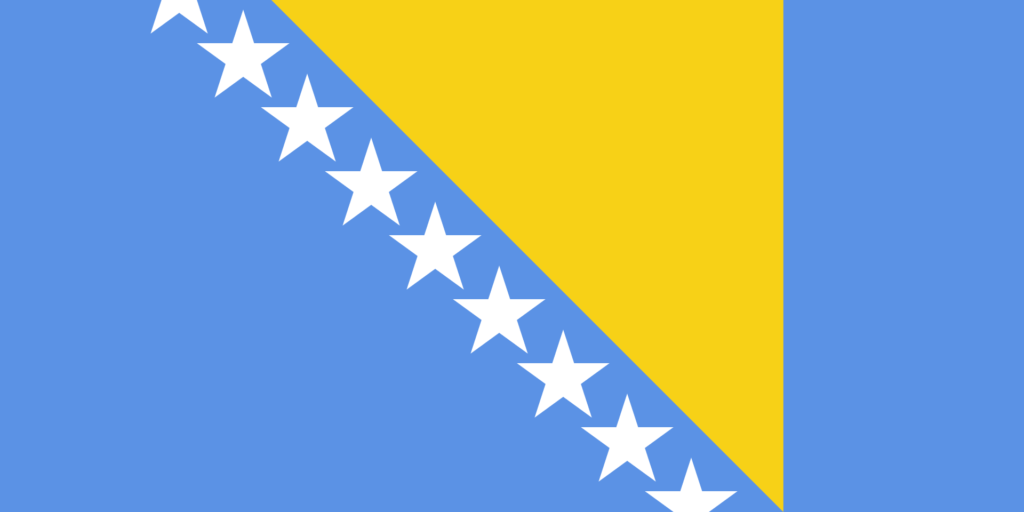 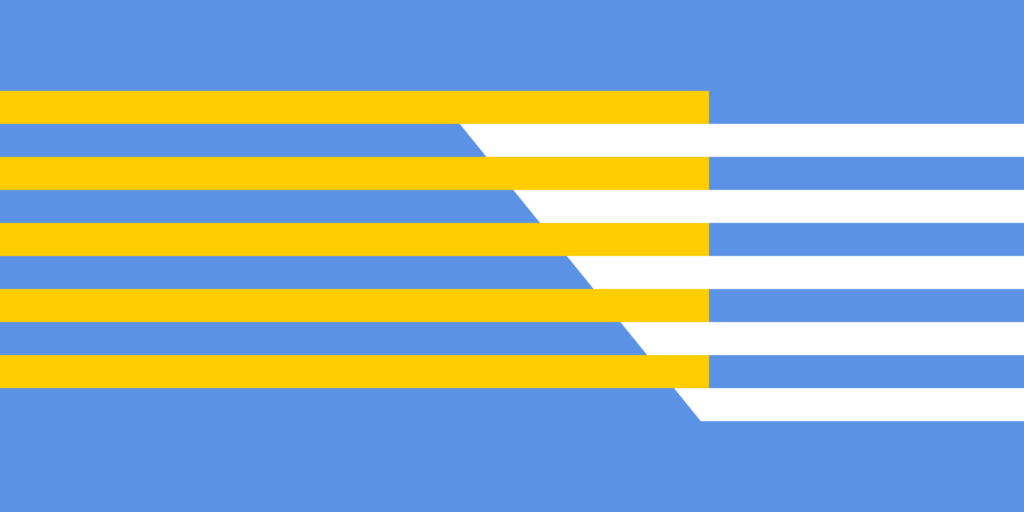 In the final voting in the Parliamentary Assembly, the role of 3 options was received: Project 5, 6, and 7, among which preference was given specifically a blue-yellow flag with white stars.

The modern flag of Bosnia and Herzegovina differs significantly from the past variants and is used as the official symbol of this country since 1998.

Aspect ratio (length of width) flag – 2:1. Main color – Dark blue. But the dark blue rectangle is placed a yellow triangle with the top below. His katenets pass along the upper boundary of the head blade (horizontal) and on the right side at the end of his third-quarter (vertical). During the hypotenuse of this triangle, nine white stars are located, and 1st of them is only its lower half, and the ninth is only the top.

Colors flag of Bosnia and Herzegovina

The flag has three colors:

Meaning of characters and colors flag of Bosnia and Herzegovina

If we look at the placement of the country, we can see that Herzegovina and Bosnia represent something similar to the triangle with her flag. Three sides of this triangle denote the main peoples living in the country: Bosnians (Boschnyakov), Serbs, and Croats.

Blue flag color – a reference to the EU and the UN, which played an important role in the termination of the Bosnian War, so in this state, a peaceful and good-neighborly future reigned.

Stars on the flag symbolize Europe (it is also assumed that their number is at least a moment – from this and the “half” 1st and ninth star).

Non-specialized information about Bosnia and Herzegovina