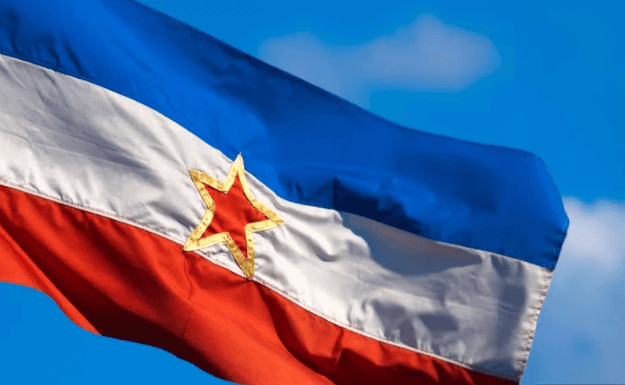 At attributes depicted three stripes of red, white, and blue. Tricolor for the first time used the Kingdom of Yugoslavia (1918-1943). Adding a Red Star personifies the victory of the guerrilla in the 2nd World War. This version of the banner was used until the 90s.

The banner passed the whole path in which many obstacles have met. Cardinal changes did not touch the symbols. The only adjustments were from the addition of a star and its framing.

Dimensions are set in a 1:2 ratio. Strips have the same width. In the center, there is a star of red, which has a gold kaym. In 1974 and 1963, when changes were made to the Constitution, the design of the attributes remained the same. Some sources argued that the star was placed in a circle with a diameter of 2/3 of the width of the panel. Yellow rim size is defined and has not been legalized. 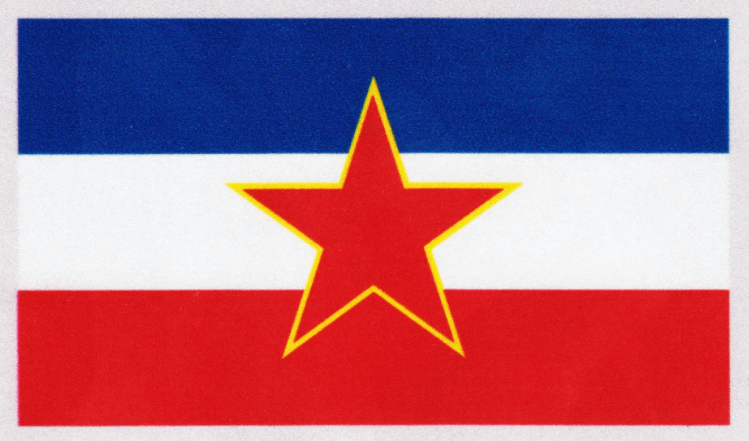 The basis of the panslavyan banner (1848) was taken, which was taken in Prague during the Panzlavan Congress. After the 1st World War ended (1918), South Slavs created a unitary state of the Serbian kingdom, Slovenians and Croats. Later he began to call Yugoslavia.

For the symbolism of the unity of the southern countries, a preference was given to the Panzlavan design. The attribute has a view of the usual tricolor horizontal direction. In 1945, when the monarchy was abolished. The new Communist Government has preserved the design – the only one, a red star and yellow kaym were added. This option was used until 1992.

The flag of the Socialist Federal Republic of Yugoslavia was asked in 1963. The only innovation became the famous red star with a gold circuit inside. Stay left without any changes, t. To. His symbolism fully complied with the changes.

Until 1939, a tricolor was used as a civilian symbolism. During this period, Croatian politicians engaged in the creation of an autonomous region. At the attribute was attended by Croatian Shaulization, which had a view of a shield with a red-white cell. 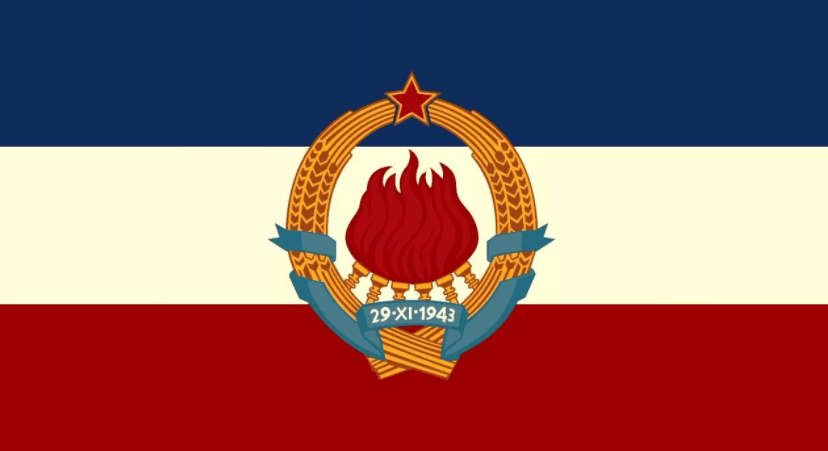 The flag of the Union of the Republic of Yugoslavia during the war years has been subjected to special changes. In 1941, during the time of the 2nd World Country was seized and occupied. The local government had to flee to London. After that, resistance was formed (partisans). They used various variations of flags until one of the formats was accepted everywhere.

In 1943, was proclaimed DF. But the old flag rooted and remained unchanged. On the territory of the country used mainly the option with a red star.

MAE of this year began bombing. The country’s attributes changed was not.  Military actions were produced under the rooted stamp, which became immortalized in history.

In the 90s there was a turn of the rebels, after that there was a separation of states, but the borders of the Power were changed. The Union Republic was established in 1992. During this period, the change has been changed – the initial species was returned. From now on, the Red Star appeared in the center and.

The banner of the former communist country was represented by a cloth with three colors (blue, white, and red). Each of them has a certain meaning: love for homeland, cleanliness, and eternity.

0
The flag of Sweden can rightly be called one of the oldest government symbols.
Leave a Reply Cancel reply
← Flag of Adygh (Circassian) ← Flag of Chile: meaning and colors