Skip to content
Flags-World » Flags of Europe » Flag of Croatia: meaning and colors

Flag of Croatia – the official symbol of the state that is represented by a rectangular cloth. Three horizontal stripes of red and white to blue are applied to the attribute. The coat of arms of Croatia is banging in the middle. 1:2 width ratio. 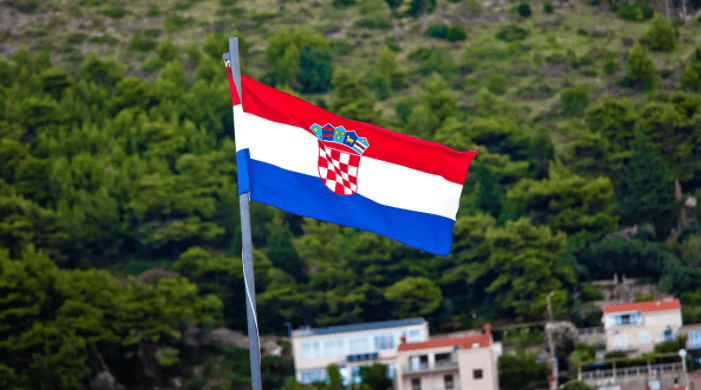 The color solution combines traditional Slavic colors, which are also acceptable to Croats. They bang in military uniforms and folk costumes. The national status of these colors was legalized in 1848 under the leadership of Josip Elachic.

The charter was a terrorist organization based on the Croatian nationalist religious racism, the ally of Nazism and was founded in 1929 Ante Pavelich. They were distinguished by the use of terrorist violence with extreme cruelty to achieve their ultimate goal, the independence of Croatia and the formation of the Croatian state.

During the 2nd World War and after the Nazi invasion of the Kingdom of Yugoslavia, the task of authoritarian managed the Independent State of Croatia (NDH), the Puppet Government III Reich.

They considered their goal to achieve and preserve the independence of the country, had a complete hatred of the Serbs, which accounted for about a third of the Croatian territory. The movement was also deeply anti-communist and extolled the importance of the state. Like other fascist parties, they theoretically opposed capitalism and communism for the third path in the economic sphere.

The symbol of Croatian Ustacha was a capital letter U with a burning garnet and a shield of Croatia. The use of the U symbol is explained by the ease of its writing on the walls to propaganda.

The official Croatian flag consists of three horizontal stripes of blue, white and red and has a Croatian shield in the center. It is the most important symbol for the nation and was officially adopted on December 21, 1990, after receiving independence from the former Yugoslavia.

The width of the flag is two times higher than its height, and on top of the canvas is a crown with five symbols representing medieval historical weapons of different countries, which represents the desire to unite Croatian countries. This policy was preached by the Croatian National Regeneration.

Before gaining independence, the flag of the so-called Socialist Republic of Croatia had the same bands, but instead of the coat of arms had a five-pointed red star with yellow edges.

The colors of flag stripes are the colors of pancaslavism, the movement for the Union of the Slavic people at the beginning of the XX century.

The Meaning of the elements of the Croatian flag:

Other popular beliefs indicate that colors represent three countries in Croatian territory. The coat of arms located in the center of the Flag of Croatia consists of a design, the lower part of which has a spherical shape, and the top is straight. Inside in checkerboard, twenty-five squares of white and red. From above in the form of a crown, there are five shields depicting various Croatian weapons that make up the story of the nation. 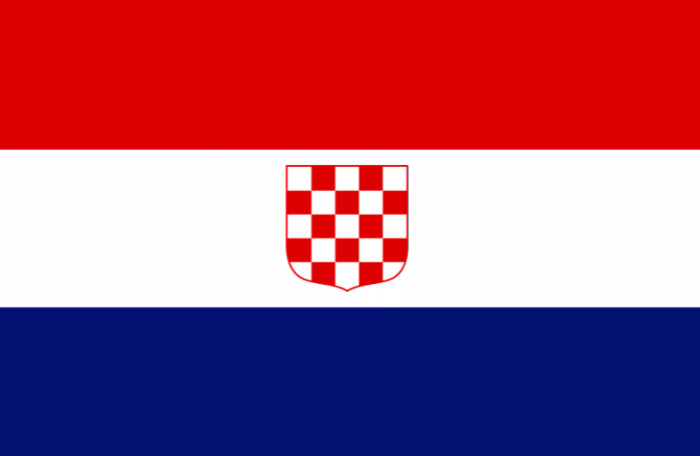 The Corona state consists of a historical coat of arms:

The fifth, forming a crown, has a light blue background. It depicts a horizontal strip with silver and red edges inside, in the center of it is drawn black cord with silver belly. Top standing six-pointed golden star. Is a representative of Slavon weapons.

Red-white-blue horizontal tricolor was adopted in 1848. With communist mode, a red star was depicted on the Croatian Tricolor.

0
The flag of Sweden can rightly be called one of the oldest government symbols.
Leave a Reply Cancel reply
← Flag of Turkmenistan: meaning and image ← Flag of Montenegro: meaning and colors