Skip to content
Flags-World » Flags of Europe » Flag of the Czech Republic: meaning and colors

According to modern standards, the Czech Republic is a relatively young state, because the formation of the republic took place after the collapse of Czechoslovakia in 1993, according to the results of the so-called “velvet divorce”. In fact, the state has a long history, since the first mention of the Czech principality can be found in the 10th century.

Flag of the Czech Republic: what does it look like

Photo depicting what the modern Czech flag looks like, you can find below. 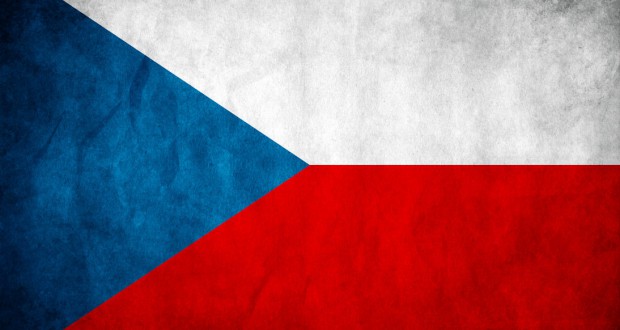 By photograph you can make up the following description of the state symbol:

The feature of the flag is that he has not changed for the existence of the Republic and before its formation. This version has existed since 1920, last year the symbol noted the 90th anniversary.

What does the flag of the Czech Republic mean

Designations used to decipher the flag of the Czech Republic are quite interesting. Each color used when creating a standard has its meaning. They also possess a triangle.

Often symbolism are associated with the legend of the formation of the Czech Republic.

The legend with which the Czech state symbolism is connected

Until 1920, a two-color White-Red Standard was used to designate Czech troops and ships, which uses modern Poland. Why two states enjoyed one banner, tells the legend.

According to the legend, the founders of Poland and the Czech Republic Lech and Czech were native brothers. When Lech saw a white eagle against the background of a red sunset sun, he decided to use these colors to designate his troops. Following Brother, these colors in their banners began to use and Czech. The modern Czech flag to this legend does not have a relationship.

History of the Czech Flag

For the first time, the question of creating the state symbolism of the Czech Republic was raised in 1918. The flag adopted by the state government in that period of time existed not long – already in 1920, he changed its option that is used to this day.

In the period from 1939 to 1945, Nazi Germany was used during the occupation of Czech territory.

It is worth noting that the standard, in whose photo of which can be viewed above, until 1993, the officer of the Czech Republic did not belong, since countries did not exist.

A flag similar to Czech

Perhaps you have already seen the flag of the Czech Republic in another state. There are no historical mistakes in this – a similar standard was used by Czechoslovakia from 1920 to 1993. It is the history of Czechoslovakia that contains the occupation of the Nazis, numerous territorial conversions. Despite all this, the state symbolism was preserved and was not subject to change.

The Czech Republic formed on the territory of former Czechoslovakia and became its successor. The cloth created in 1920 decided to use, giving tribute to his history.

Attempts to use other characters to designate washed in history still attended. So, the modern Czech flag tried to change during the uprising in Prague in 1968. The uprising was called “Prague Spring”.

After the formation of the Czech Republic, during the selection of state symbols, the use of this version of the standard for a long time was discussed. New options for banners have been developed, but according to the result, none of them were approved.

The old flag of 1920 is best suited – he displays the entire history of the Czech people and reminds of events that happened to them.

0
The flag of Estonia is a rectangular cloth, divided into three colored stripes. Symbols
Leave a Reply Cancel reply
← Flag of Sweden: colors and meaning ← Flag of Uzbekistan: meaning and colors