The pirate flag knows today, probably every. And all thanks to the mass culture that made this banner is very popular. Here is his photo. 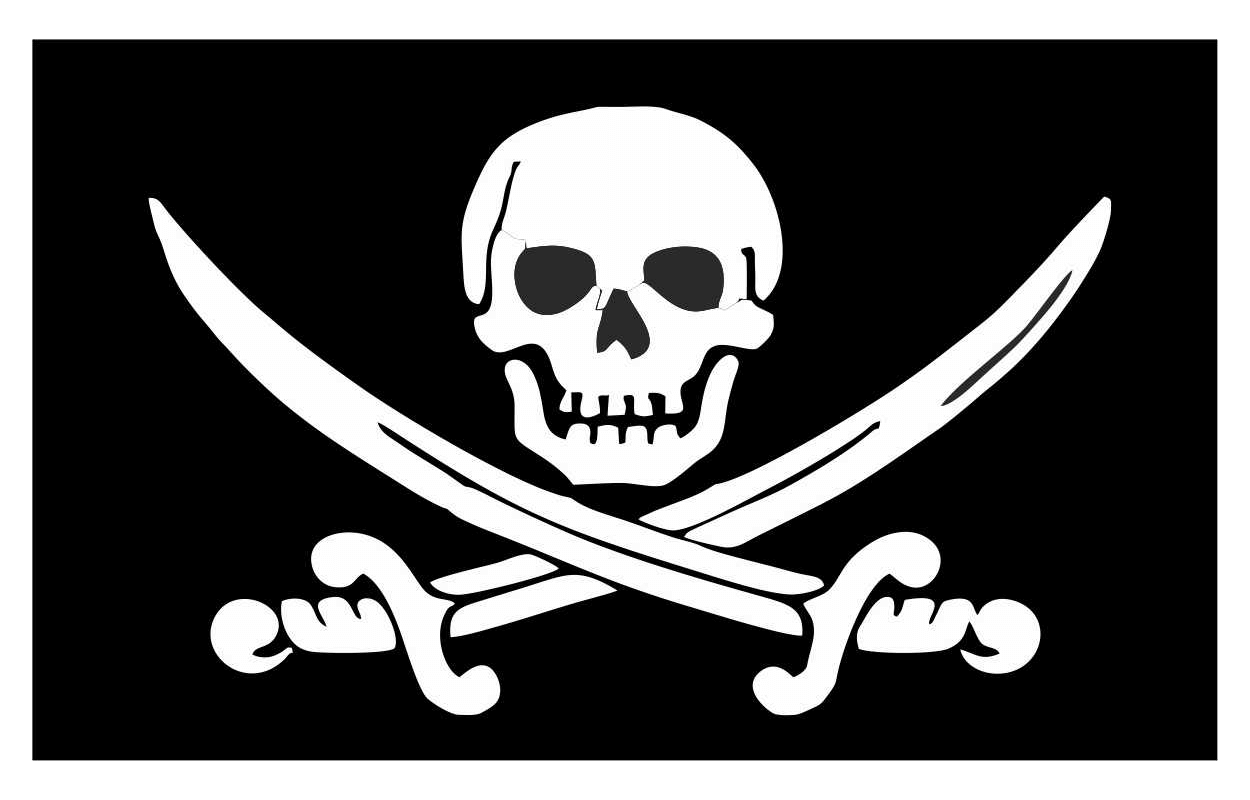 Those few texts where pirated flags are described are very simple. As a rule, we are talking about a certain flag with a dead human head. The most first description of the Banner of Korsarov in documentary records is in the form of black cloth with a sand clock and human skull on crossed bones. This banner raised the French villain named Emmanuel Winn. In the distant 1700, he was attacked in the ship by a captain named John Cranky.

Under different variants of the standard with human bones and skull, then in the sea over 2.5 thousand villains. On the flag, you could see other items. For example, a shape of a man, a human skeleton, a heart, or an hourglass.

The skull is a symbol of death. Pirates, choosing this flag, spoke about their contempt for death. The choice of black is not very clear.

How otherwise called the pirate flag

When they say about the flag of pirates, then they often mean the pirate flag of the Jolly Roger – a dark banner with a skull and crossed bones. Together with many others, this variation was used by robbers in the seventeenth-eighteenth century. At that distant time, some of the united flags they did not have, but in more modern culture, it was this banner most associated with the marine robbers.

Why a pirated flag is a cheerful roger

If we talk about why the flag of Corsairs is called a cheerful Roger, there are several theories here:

Thus, this means that the unified version is not yet.

Meaning of the pirate flag

What is the meaning of the pirate flag? The banner of black with a skull was a special code, through which sea robbers got the opportunity to easily recognize each other. But this information was also tracked and their enemies, placing in the newspapers a variety of information about the symbolism of robbers. On the courts of the latter, very different rules operated: some robbers could spare sailors and pick up only some part of the entire cargo, and others were real sadists. In this regard, the owners of the ships gathered important data and made certain conclusions about the possible outcome of a sudden meeting with a vessel, on the mast of which the definite pirate flag.

Sea robbers not to scare his sacrifice, could not immediately raise their ominous cloth. This often led to real curses, when two ships of pirates met in the waters of the oceans. However, at the same time, the gloomy symbolism was just a means of intimidation. Say panic and forming fear atmosphere, robbers easily neutralized their victim. Such methods were given to pirate the opportunity not to use violence and save lives of life: seeing the famous sinister flag, the ships often surrendered simply without a fight.

Together with Jolly Roger were popular and other pirated panels. With the fights on the masts of the courts of robbers, the red flags were waved, which were a symbol of aggression, while the banner of the black color showed that the robbers could accept the surrender of their victim. At the same time, white flags, often with the image of a human skeleton, mean that pirates are ready to surrender. So, such a banner in 1718 posted villains under the command of Stud Bonnet. He had to surrender to more powerful forces. 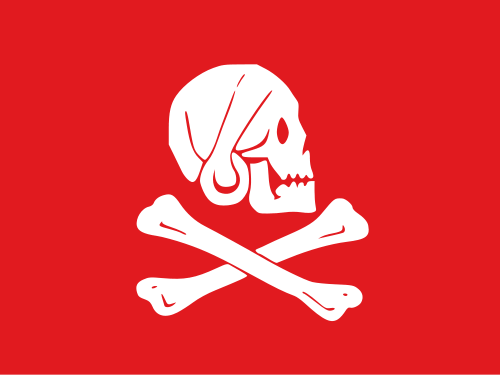 In addition, a variety of national flags were used at the time. So, on the ship of the English Robber, Charles Wain with an ordinary pirate banner walked an official Union Jack. State banners could be used for better disguise. Pirates, quietly approaching the victim, quickly dismissed their gloomy flag.

Representatives of the official power used the flag of pirates with the same purpose: the maritime security of Spain often went under the banner with human remains, which attacked numerous smugglers’ ships.

The execution of robbers in public was also real retribution and a powerful warning. Specially suspended above the scaffold Pirate piece of fabric – a sign of indispensable revenge – received a function of edification. Representatives of power thus showed the power of their state.

0
Flag of NATO – Official Symbol of the Alliance, united by 30 countries from
Leave a Reply Cancel reply
← Flag of Crimea: photo, which means colors ← Flag of Donetsk