Skip to content
Flags-World » Flags of Europe » Flag of France: colors and meaning

Flags of different countries have a certain story and importance that bind them from each of the values, expensive country. A good example is the flag of France, which is now recognizable all over the world. At one time he passed through many difficult stages in history before reached the famous tricolor. 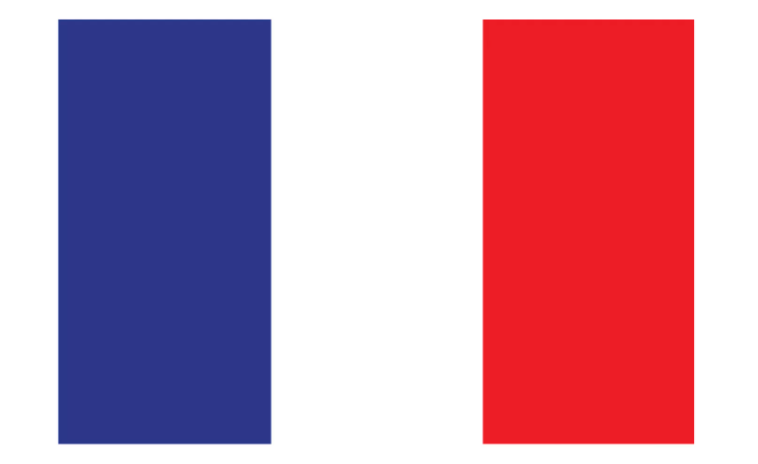 What flag in France

The symbolism that the country is proud of today, keeps the story that was born as the fruit of liberal ideas that came with the revolution of 1789. The idea was the inspiration of Marquis de Lafayette – a military and politician. He called on the people to take this color scheme as a sign of the Motherland. It was about connecting red, white, and blue vertically.

After a time, it was decided to change the order of the color stripes, placing the blue strip next to the rod, and the red stripe at the end. This idea arose on the advice of the famous French artist Jacques-Louis David.

The French flag of three vertical stripes became official together with the constitutions of 1946 and 1958. From that moment on, a banner that flies at all official events, as well as on public buildings.

Before the revolution (1789), the national color of the country was white associated with the monarchy, as well as the absolutist authority. However, various elements related to political symbolism began to be used in the revolutionary climate, the idea of ​​a three-color banner, which is used today, originated. 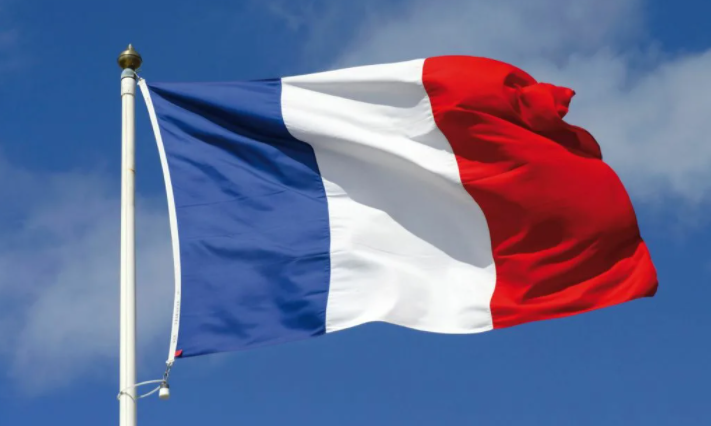 During the period of the revolution, the Government of Paris demanded that the armed citizens wore the colors of the city to distinguish them from monarchists. The banner was then square, consisted of two vertical stripes, one blue, one red. After the popular uprising of 1789, the takes of Bastille prison was decided to unite red and blue associated with the people, with the white color of the monarchy, who had previously reigned in those days. White between them, one way to indicate that the monarchy with the people. Later the revolution overthrew the monarchy and installed the first French Republic. What does the France flag look like now in the photo?

As in many symbols, the real Meaning colors are subject to some discussion. The most common version:

As for the verticality of the three strips, it would be just a choice made in order not to be confused by the banner of French and Dutch courts.

With the same mode, France had a large number of options, many of its military, marine symbols were complex and exposed to artistic variations. The basis of the state symbolism was the royal coat of arms – the blue shield with three gold lilies. 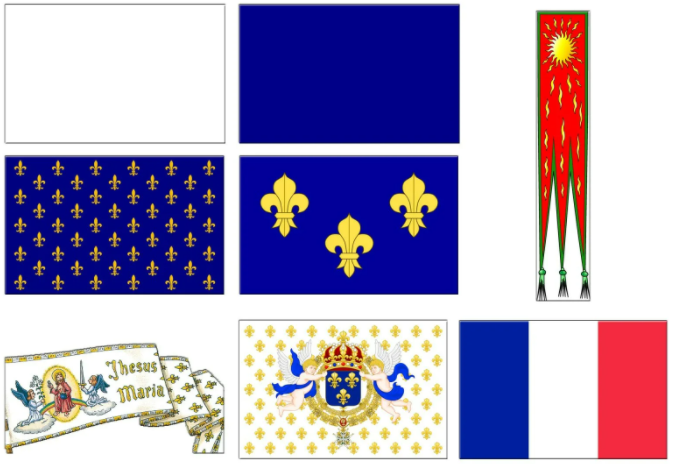 The flag of the French Empire was changed by the French revolution (1789). Simple designs began to prevail, expressing radical changes occurring in the social, political, and economic sphere. Traditional colors of Paris – red and blue, were popular, especially among revolutionaries. Bourbon color was also added – white.

After 4 years, the blue-white-red tricolor became the official state symbolism for the use of the army, fleet, and people. It was believed that such a color expresses the basic principles of the revolution – freedom, equality, modernization, and democracy. French tricolor has become the most influential national symbol in history.

Replacing all the characters occurred after Napoleon’s victory I. White color again became the main. The revolution of 1830 made its adjustments. After the climb of Louis Philippe on the throne, the tricolor was restored. After 18 years, his stripes were rebuilt on blue-red-white. However, since 1848, the Tricolor became the main state symbol of France. It does not have a special symbolism that would be related to individual forms in its design.

For a long time, the bands were unequal – the red was in the Village, alternating with blue. Napoleon Bonaparte decided that the option would be unchanged. Such a banner has been preserved to this day. The Standard strip is located on the standard. The shades were specified by the 2nd article of the Constitution (1958) and decided on Jiscar d’Esthene (1976).