Skip to content
Flags-World » Flags of Europe » Flag of Luxembourg: meaning and colors

The flag of Luxembourg officially represents the so-called Great Duchy. This territory is a small country located in the European Union. Roads with France, Germany, and Belgium. The population is about 600,000 people.

As an autonomous and independent territory, Luxembourg formed quite recently. Therefore, the whole symbolism refers to the XIX century and remains unchanged since 1972. At first, there were blue-white stripes and a red lion in the center. The modern version has a size ratio of 3:5 or 162.

The flag of the country of Luxembourg consists of three horizontal stripes: the first red, the second white, and the third celestial blue. Many confuse him with the banner of the Netherlands. Why do Luxembourg and the Netherlands have the same flag? This question arises from those who are familiar with the symbols of states. Symbols are very similar, but not the same. The main difference lies in the third strip. In the case of Holland or the Netherlands, the third strip has a blue color, the Luxembourg version of the sky blue. 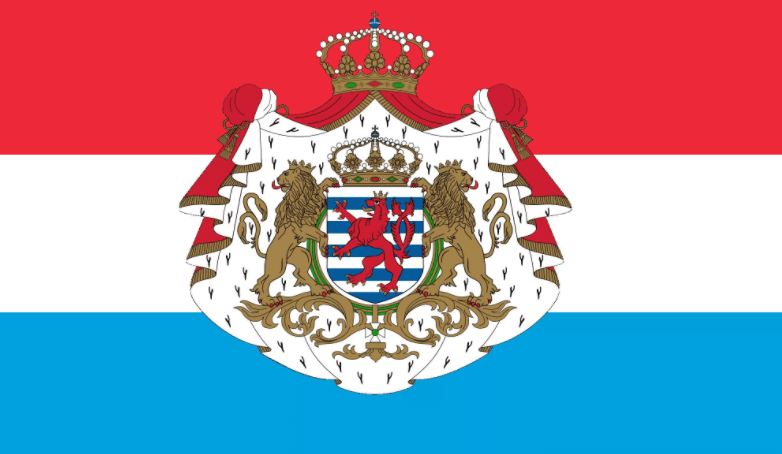 The banner, unlike the Netherlands, with which it is constantly compared, differs not only with a shade of the last strip, but also the size. The width of it is somewhat less. These two banners are inspired by the French flag of the 1st Republic. That is why they have the same structure and colors.

What flag in Luxembourg? The similarity with the Netherlands caused numerous debates. The question arose about changing symbols. In 2006, the member of Parliament Michel Voltaire proposed to replace the existing red-white version on the symbol of the Red Lion.

According to his statements, the lion is historical Meaning and more popular in aesthetic plans. Such a decision, in his opinion, will bring more individuality and there will be no confusion. Most of the surveyed supported the Initiative of Voltaire, but local media and many political figures expressed surprise at this.

The red-white-blue cloth was replaced by Michel Volter – Chairman of the parliamentary faction. Official changes were recorded and standardized in 1972. But due to the similarity with the banner of the Netherlands, the blue shade was brightened to the color of Pantone 299s. According to most of these measures, it was not enough. About 90% of the population voted for an option with the image of a red lion. In 2007 it was allowed to use within the country.

Casus origins occurred about two centuries ago. Inattention and absence to detail connected with King Wilhelm I (1715). Holland affected this process. Initiatives were enough only to lighten the bottom strip of the canvas. But it was done only after 20 years. The decision to change the banner is not accepted so far.

The banner of the Great Duchy, relating to the beginning of the 13th century, was a horizontal alternation of blue and white stripes, against the background of which was a red lion. A heraldic symbol represented the dukes and a hint of people. After the war with Napoleon, becoming a separate state, the country was under the protection of the Netherlands. What perhaps and influenced the similarity of symbolism. Documentary confirmation does not exist. 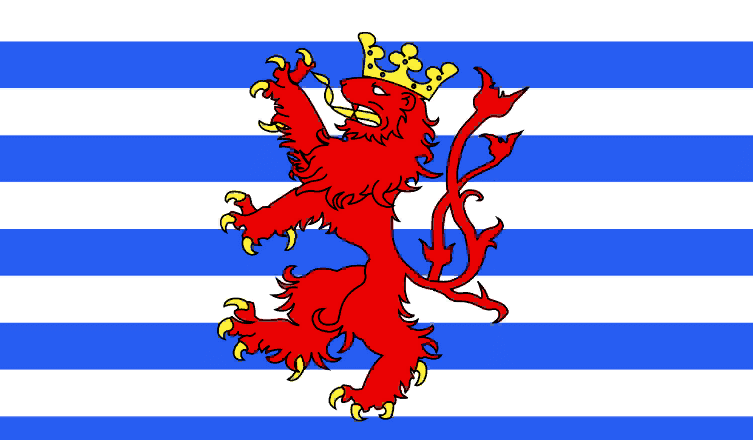 According to the history of origin, France has attributed a huge role. It is from this country that the meaning of flowers is taken:

The national symbol began to be used – a red lion with a crown painted in yellow. The same shade was present on the claws of the beast standing on the hind legs. This image has numbered at least 300 years.

The same band size means equality, fraternity, and freedom. The same motto was the French Revolution. The color decision was made and legalized in 1830 after the Belgian revolution. It is the opinion that they were the result of the County and Ducca coat of arms. The mounted modern drawing was in the summer of 1845.

Deputies are in no hurry to make changes to the state symbolism. Everything remains still over long. An option with 10 blue stripes and a red lion in the middle is used for ships.