Skip to content
Flags-World » Flags of Europe » Flag of Finland: colors and meaning

Flag of Finland, the easternmost of the Scandinavian countries, is allocated not only by their special language belonging to the Finnoan, and not the Scandinavian language family, but also had to fight for its independence until the 20th century. The symbol of this is considered a banner. But when and how exactly is the flag of Finland? The symbol in blue-white appeared on September 29, 1918. The official national is considered a symbol of independence. Blue and white color mean lakes and snow that characterize the country. 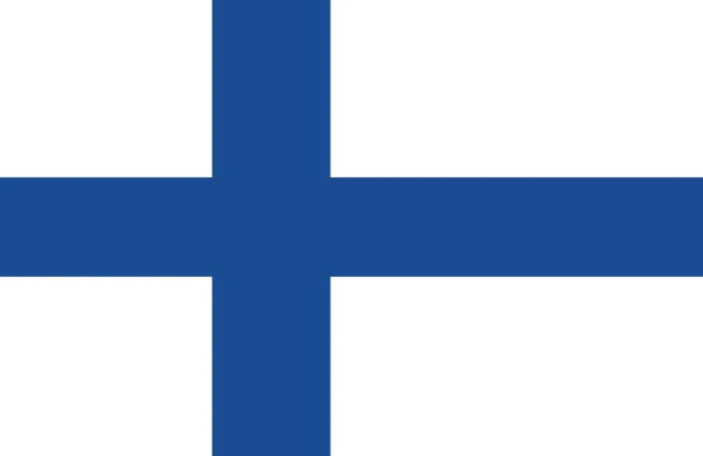 Once the emperor saw the banner that developed his vessel. It did not have official status but symbolized the yacht club. It was decided to take it as a basis for the new state symbolism. The local parliament did not disappoint the order and legalized the option that the emperor liked (1810-1910). Further, due to the tough policy of Russification, Nicholas II posted a Russian tricolor in the upper right corner on the banner. This option existed until 1917 inclusive until the country became independent.

What flag of Finland

Finnish flag consists of a blue Scandinavian cross on a white background. On it, as well as on national banners of Norway, Sweden, Iceland, and the Faroe Islands, was founded by Dannebrog, the oldest symbol of Scandinavia. The story of symbols is relatively young. This is due to the fact that the country has gained independence only in 1917, the great principality of which it was since 1809. Prior to that, she was part of the Swedish Empire since the Middle Ages. Thus, the own banner was received only on September 29, 1918. It was a symbol of independence. In 1323, most of the country went to Sweden. Only Karelia was attached to the Russian Empire. After the Finnish war, which led to the Russian occupation, it was necessary to give up most of Russia. After the end of hostilities, most of the modern country was attached to the Russian Empire.

In 1917, Finland gained independence from the Russian Empire. The Declaration of Independence was adopted by Parliament on December 6, 1919. The country since 1919 became a sovereign republic. The state flag of Finland was introduced as a legally valid national symbol. The banner itself has a strong symbolic force for Finns since it was designed for independence. 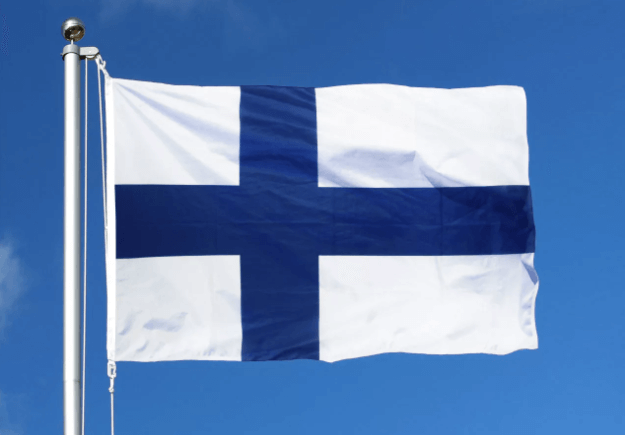 Official ministries and institutions use a rectangular banner, while the armed forces use a three-pin symbol, which is more than the official rectangular and the national option.

The Republic of the Republic wears a three-way with a blue and yellow cross of freedom in the upper left corner.

By Decree of the Ministry of Internal Affairs, people having a mast should raise a banner from 8 am to 9 pm, for the holidays of the Motherland and the Day of Independence should leave for the whole day. On some days, his rise is mandatory in public buildings, to others – optional. Illegally lower without permission, disrespectful, keep it dirty. Any citizen has the right to raise a national symbol while observing due respect.

What flag of Finland? In addition to the Scandinavian cross, which shows links with other countries, colors also have an individual value:

White symbolizes the snow of deep Finnish winters, while the Blue Scandinavian Cross is designed to present local lakes. The banner is the inspiration of the Danish Dannebrog. It has a rectangular shape, its proportions – 11:18. The design contains the blue Scandinavian cross, the sides of which end around the edges. He lies on a white background, giving a special contrast that enhances beauty using simplicity.

The state symbol is distinguished by the national emblem, which is placed in the center of the Cross (see photos); It can be rectangular or three-spin. The coat of arms is printed at the cross. This square has a yellow border and red background.