The flag of the Russian Empire was formed a long time. The colors of the canvas and symbols, on it, were located, selected not by chance. They reflect the history of the formation of the empire. For a long time, he changed and even reminded the modern Russian state symbolism. You can see early options for Russian banners in paintings depicting battles in foreign labor in shipping. 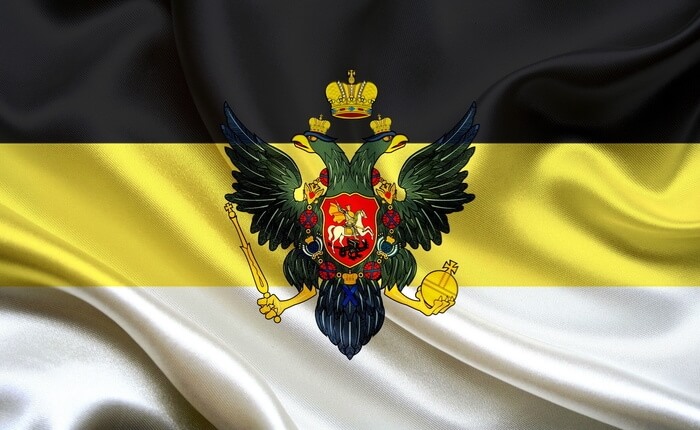 Consider how state symbols changed in Imperial Russia, what significance the symbols located on the pilots are for which they used.

Until 1721 and the formation of the empire itself, the concept of the “imperial flag” was absent. The first mention of the panels used as a symbol of the state can be found in 1552.

In the royal period, pantyhose of trapezoidal form with religious notation were used. The banners “The All-Commission Saving”, “Great Staging”, who belonged to Ivan Grozny received the greatest fame. They are presented below.

Banner of Ivan the Terrible used half a century – a battle it out on the troops of the Russian army. Under Peter I, it was used in the Azov campaign, during the war with the Swedes.

In 1669, invited artists have created the heraldic ensign of the royal palace. Before the imperial flag and modern tricolor far – the banner has the shape of a trapezoid. A distinctive feature – the canvas is white, edged with red stripe titulature. On this banner appears for the first time one of the famous Russian characters – the double-headed eagle, which is located around the characters of territories under the rule of Moscow.

In 1696 was created a heraldic banner of Peter I, the basis – the banner of Tsar Alexei Mikhailovich. The form was similar to the variant in 1669, changed the colors – now at the center was red around the edges – white.

Headed eagle saved to his right – the apostles Peter and Paul, the Holy Spirit.

The symbolism of the king of Moscow 1693. From the kingdom to the Empire

Prior to the formation of the first imperial flag by Peter I when swimming in the White Sea was raised by “the king of the flag of the Moscow”. Its modern drawing can be seen below. It was used with 1693 by 1712 and to designate the Russian ships. 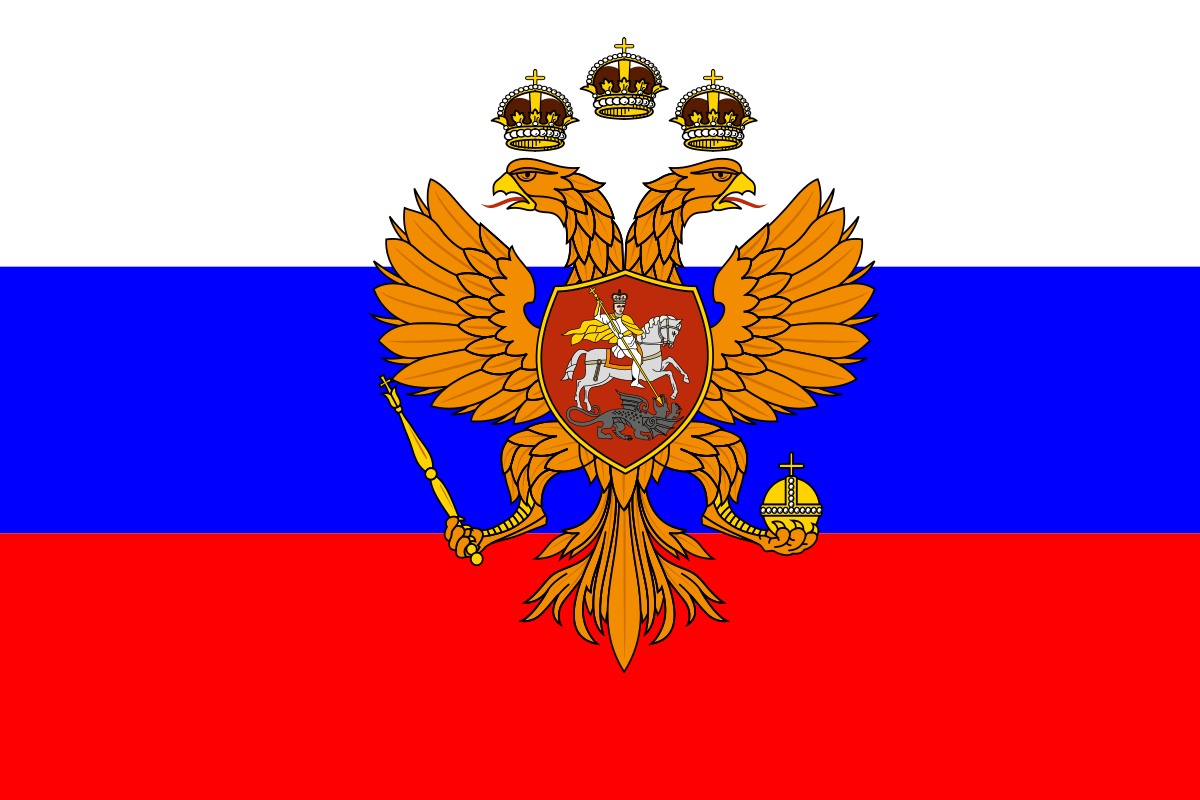 The original is at the Central Naval Museum. As can be seen from the drawing, the flag in 1693, used on the ship resembles a modern state symbol. Differences exist – so, a double-headed eagle at the center of the cloth was later modified. It can be found later, including in modern Russia – the emblem of the state.

Imperial flag of the Russian Empire

The flag of the Russian Empire under Peter 1 was created in 1693 (the picture shows above). His drawing was created by the Emperor. In this embodiment, the cloth was used until 1720. Later

In the period from 1721 to 1742, an imperial standard was used. With his appearance in the state symbolism, yellow is introduced yellow.

The double-headed eagle is present, its icon is an alternative version of symbolism from the Marine Stand of Peter I.

Floor – Yellow, Square. In the center – a black, crowned double-headed eagle, on the sides of it – shields with the coat of arms of the land entering the empire.

Changes in imperial symbolism since 1858

The flag of the Russian Empire under Alexandra II was changed. He first introduced a black and yellow-white flag. Strips of the same width. Colors have a definite value:

In 1883, the alternation of the bands changed to white-yellow-black due to the coincidence with the Hannover icon.

Flag of the Russian Empire – Photo

In 1883, the tricolor known to us was introduced. His appearance is associated with the greetings of Russian troops in Paris in 1812. For a long time, the white-blue-red banner was used simultaneously with white-yellow-black. 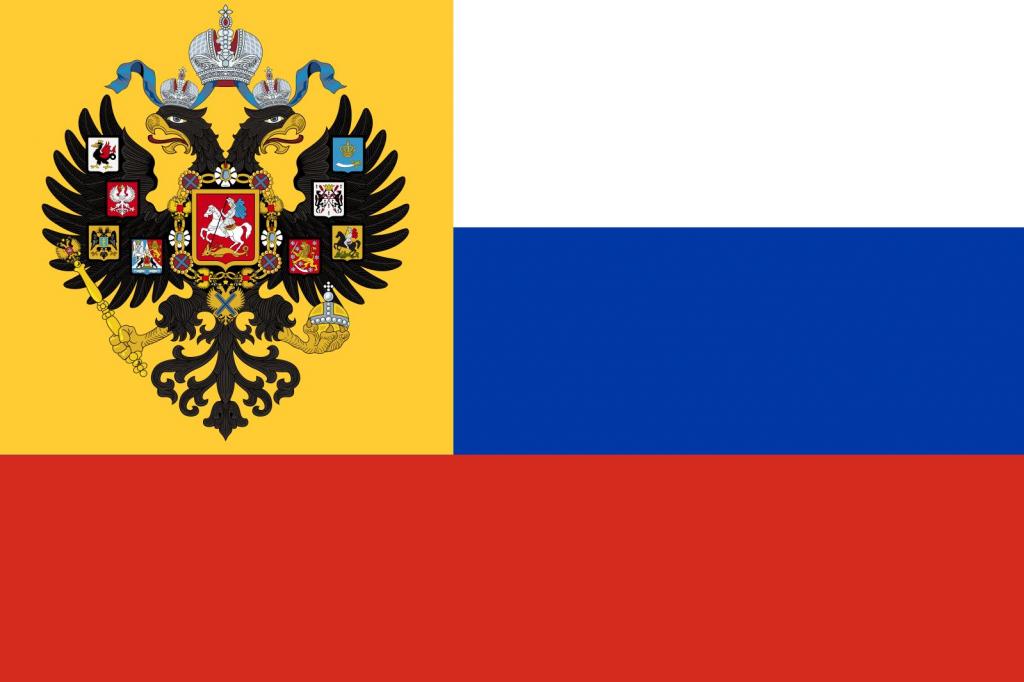 Until 1883, this option was used to refer to the Federal Fleet of Russia. The flag of the Russian Empire under Nicholas 2 1914 was banned in 1917.

A distinctive feature – in the upper left corner there is an imperial standard.

What flag was in tsarist Russia

The most famous staging of the royal period remains the “Banner of the Moscow Tsar” in 1693.

Prior to that, trapezoidal twists and banners were used in which the red color prevailed.

Which king introduced a three-color flag in Russia

The history of this symbol is divided into 3 periods:

The right answer is Peter I. During his reign, a three-color standard appears with additions.