Skip to content
Flags-World » Flags of Europe » Flag of Switzerland: meaning and colors

Switzerland – a country with a centuries-old and very interesting story. This is a nation with customs and culture that go into the past for many centuries. This territory has survived various stages, wars, and historical periods over the years that have entered the story. The Swiss flag is one of four characters: the coat of arms, the motto that in Latin means “one for all and all for one” and the anthem, which is known as the “Swiss Psalm”. 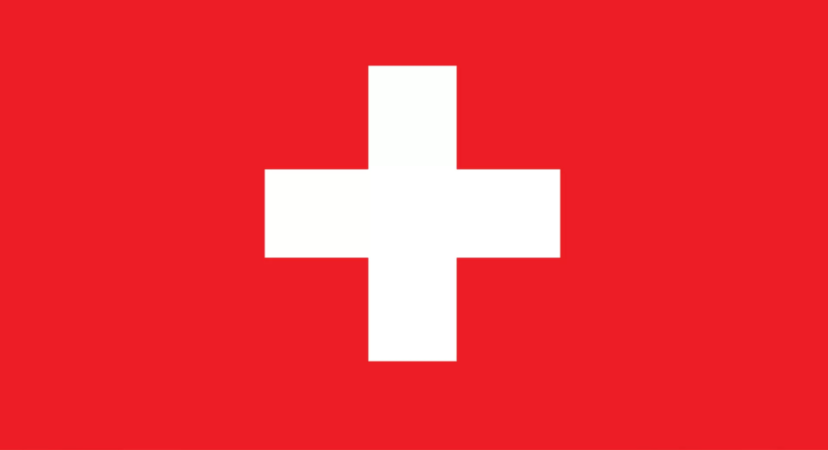 One of the official versions comes from the coat of arms, Switz. Another part of historians converges in the opinion that the origin is obliged to “ten-thousand knights” (the times of crusades). Color approved only in 2007. The square form is associated with history. Symbolism was widely used in 1339 during the battle of Lupin. From these times, it was decided. The law on the rectangular form was accepted only in 1953.

The flag of Switzerland is represented by a red cloth square shape with a straight white cross in the center, the ends of which do not touch the edges. Length Crosses on 1/6 more width. Officially approved on December 12, 1889, and have not changed since. Was consecrated by a silver cross at a time when the battles for the protection of troops and warriors of the Holy German Roman Empire were held.

Consists of red background and a cross in the center of 4 teeth. It is one of the few with a 1: 1 ratio, that is, has a square shape. Many centuries ago, those who are known as confederates wore the Swiss cross to draw attention to the battlefield in the wars. Thus, in 1339, it was documented as the first cross seen in the war.

In the past, he was another. He had three horizontal stripes of green, red and yellow. The center also has text with the inscription Gelvescent Republic in French. This option corresponds to 1798 and 1803 years.

Let’s look at the meaning of the Swiss flag. It is very simple and attracts attention to the fact that it is easy to recognize. The Constitution does not specify whether each banner has a special meaning, but we can know it on history:

If you believe in some source, the origin of the National Flag has a connection with Unheralded, Uri, and Schwartz. They were forced to merge together to confront the graphs of the Habsburgs, who hit their power and sought to strengthen the situation in Europe, capturing new lands. 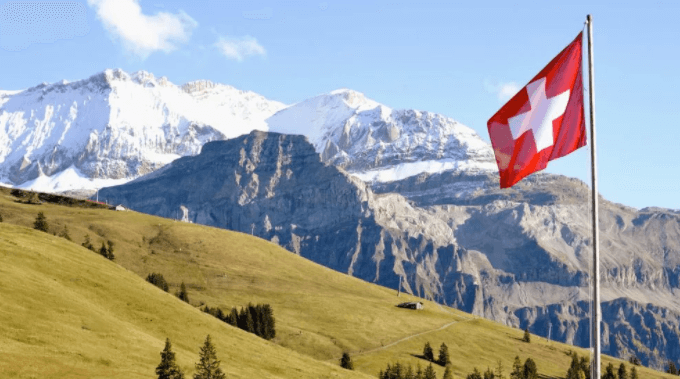 The meaning flag of Switzerland

Canton Schwitz in the Helvescent Mountains Since the beginning of the XIII century has had a red flag with a white cross in the upper right corner. The name “Switzerland” (in German Switzerland) comes from this canton. In 1338, his alliance with Cantons Uri and Unterwald marked the origin of the Helvetic Confederation.

Ready to intervene in battle at Lamina (1339), soldiers wore white crosses on their uniforms. For them, the freedom of the nation was no less important thing than the liberation of the Holy Land. The Federal Cross (Eidgenossen Crüitz) served to combine various cantons that joined the Swiss Confederation. In 1513, they were thirteen. In 1516, an indefinite peace agreement was signed with France. The square symbol was officially decorated in 1889.

What is shown on the flag of Switzerland

What does the Swiss flag look like? This is a red square with a white cross in the middle (see photo). The background color was declared a symbol of protecting the Geneva Convention (1864). Symbol of rectangular shape – shopping.

Red Banner in the world still has the Vatican. Swiss symbolism has dimensions approved by the Government (Resolution 1889). At the very beginning, the symbol shown on the canvas was religious. Currently, he points to the independence of the country and is a reminder that freedom is inviolable.

Due to the square form, you can hang the canvas to any side. The symmetry of the image remains unchanged. Officially, configuration of the drawing is not fixed and has been changed repeatedly. Only a color solution remained constant.