Skip to content
Flags-World » Flags of Europe » Flag of Donetsk

The flag of DPR is an official symbol of an unrecognized state called the Donetsk People’s Republic, along with an anthem and coat of arms.

Once upon a time, English Entrepreneur John Yuz founded a small village near the Alexandros mine. He mined the necessary minerals there for its factory. In 1917, this small village became so big that it turned into a city. In 1924, Yuzovka gave a new name, namely Stalin. In 1932, an area with a center was formed here in the same Stalin. In 1938, the region was divided. In 1961, the region became Donetsk again, and the city – Donetsk. 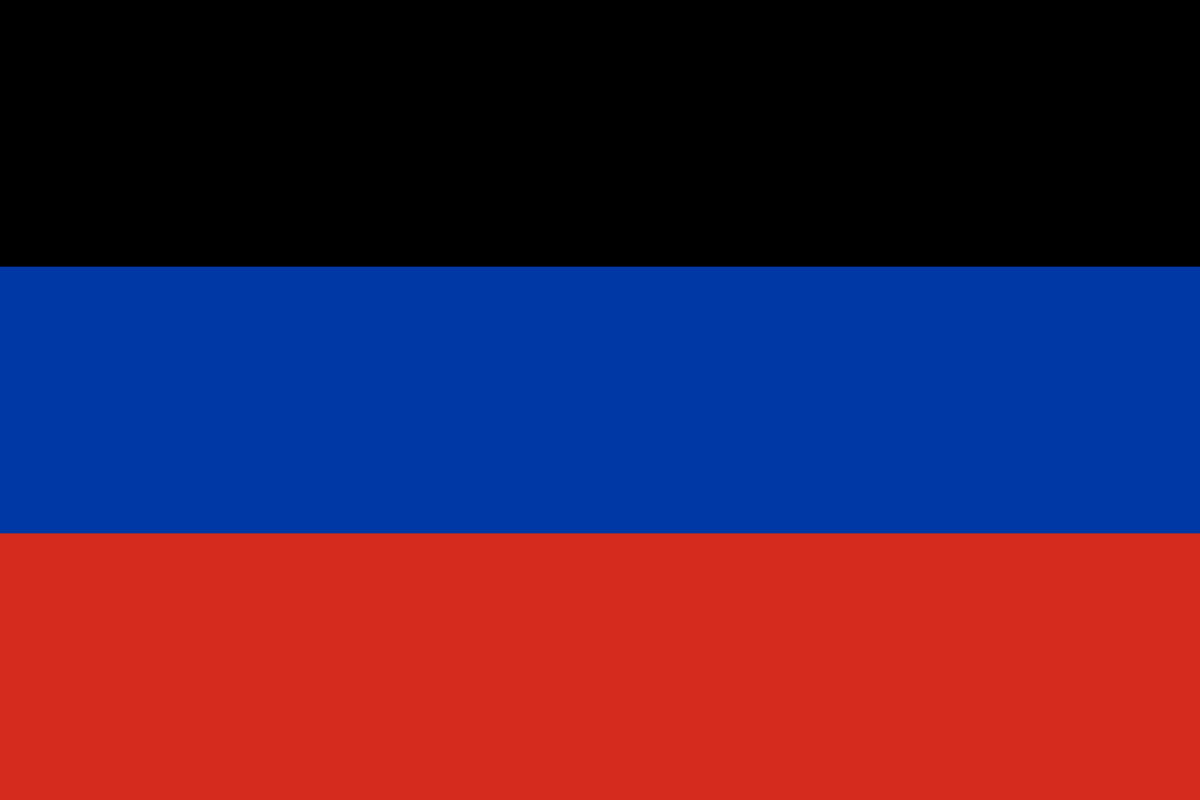 The flag of Donetsk After independence looks like a cloth, which consisted of two isometric horizontal strips – the upper blue and lower black bottom. In the middle – an image of a small coat of arms of the city, which takes a third of the whole area. The ratio of all sides of the Standard – 4:5.

You can consider this cloth in more detail in the photo.

The banner, which was then the official emblem of the DNR, came up with the brothers Kornilov. This standard was a modified ZSR banner. To the clove of scarlet and blue, without the elements of the USSR, simply added a black band, which symbolized the rich coal deposits in the region. After that, the organization called the Donetsk Republic decided for some reason to simply turn this needed and place thereof the imperial eagle. 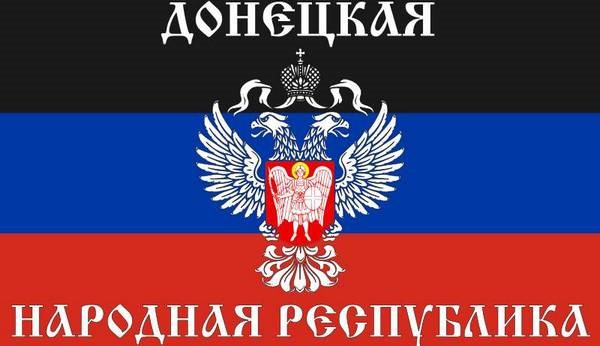 The first official banner of the DPR was created in 2014 by the public movement called the Donetsk Republic. She placed the Donetsk Republic on the cloth, which was written in the style of a special Russian statute. This symbol was based on the organization’s banner. Certain differences were exclusively in the premium there. Unlike a simple image that was before, the coat of arms on a newer stand was almost the same as the official coat of arms of the Russian Federation. This version of the panels was used as a symbol of the state, and as the emblem of the organization until the end of June 2014.

Before the official popular survey about the complete independence of the State DPR on the campaign posters, a new variation of the standard was used. There it was possible to see an eagle with two heads, who kept a big shield in his paws. It is worth noting that this character was often used on the signs of various departments of the Russian Federation.

Day of the flag of the DNR

DNR banner day celebrates the twenty-fifth of October. This is a significant holiday for all residents of the region. After all, the state banner is considered one of the most important attributes. This date is considered a real holiday, uniting many people in one society, recalling different most important values. On this day, residents of the region remember and honor all those great feats that have committed their soldiers in war.

What does each color of the Flag DNR mean

The flag of the Donetsk People’s Republic is a full-fledged rectangular shape of three identical strips:

What is the meaning of all the above colors on the stand? The red color means blood that was spilled in the struggle for freedom. Blue Strip is the emblem of the People’s Spirit, as well as nearby seas. The strip of black and color resembles the fertile lands and coal branches of the Donbas. Thus, this panel is presented symbolism.

0
The flag of Sweden can rightly be called one of the oldest government symbols.
Leave a Reply Cancel reply
← Flags Pirates: meaning flag Jolly Roger ← Flag of the Russian Soviet Federative Socialist Republic