The flag of RSFSR, as an important symbol of a constant revolutionary struggle, in Russia appears in the second half of the nineteenth century. Red Banner Without any signs and inscriptions At the first time, the USSR authorized the role of the official state of the state. And this was not established by some special document.

Flag of the RSFSR: Photo

The staging was approved more than once. Therefore, today you can see its different forms in the photo. The flag RSFSR photo looks like this. 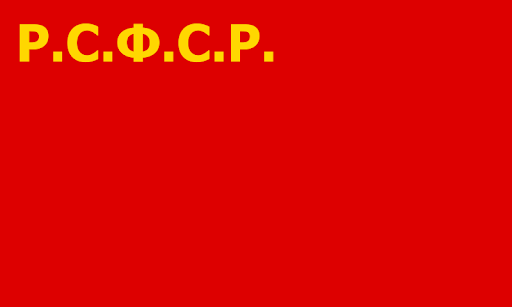 After the events of the October Revolution of 1917, an acute need for the adoption of the republic of Russia arose. After all, there was simply no higher than the Standard in Russia at the state level. This is if not counting the banner of the Russian Marine Fleet.

Thus, the chairman of the Presidium of the Central Bank I. M. Sverdlov in 1918 suggested declaring a decoration of the Republic of Russia an aloe canvas. 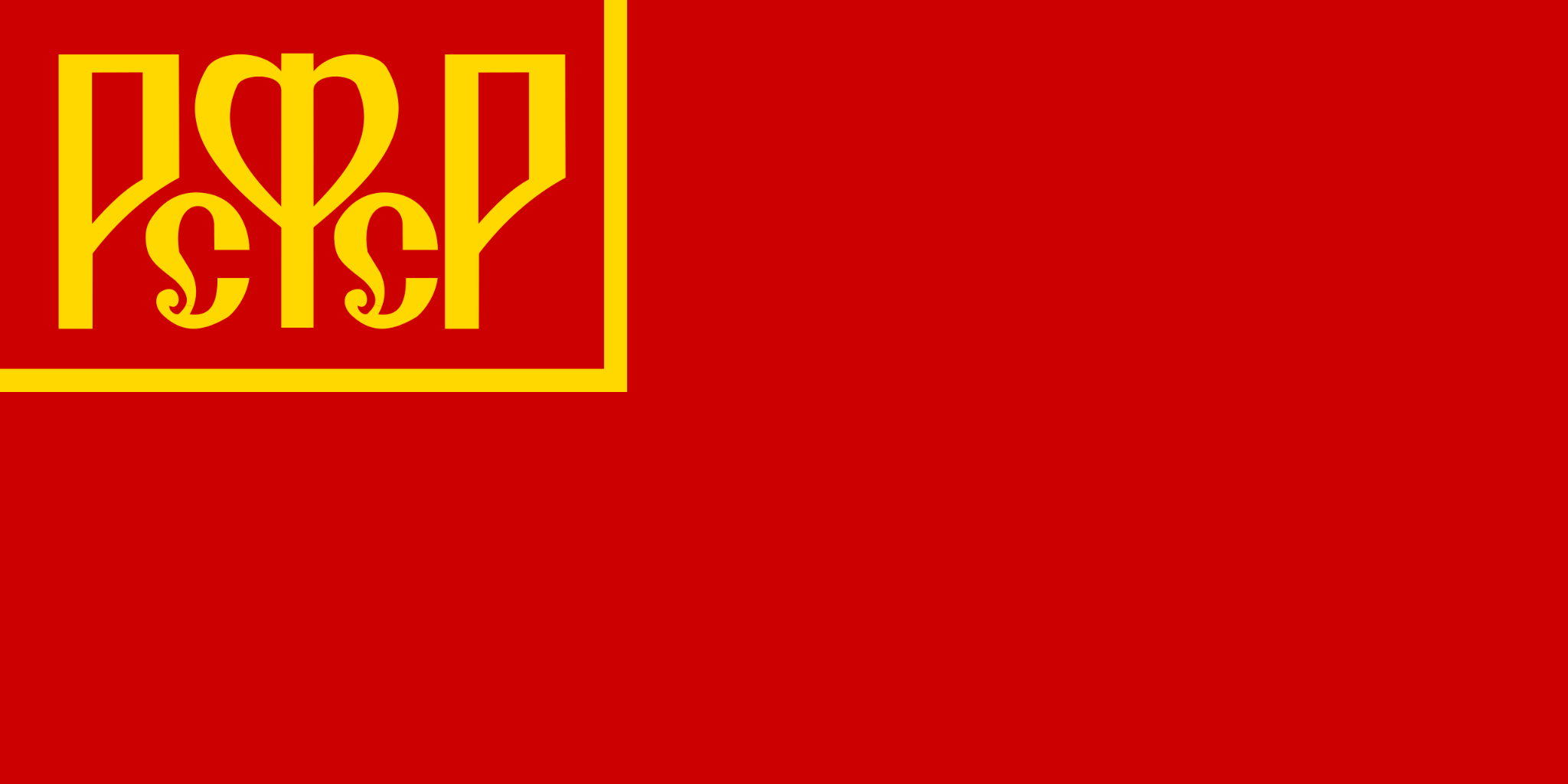 In the summer of 1918, the official sample of the Flag of the RSFSR 1918 was approved. It was created on a special instruction of the NKID famous artist Czechia. This banner was the rectangular area of ​​scarlet, in the very top corner of which it was written with golden literal inscriptions with the name of the country. This inscription from another part of the standard on both sides was separated by gold stripes, which formed the right rectangle.

The sample of the picture was accompanied by a special description:

The description of the panels was announced in July 1918. This official standard remained without any changes up to 1922, and then until 1937.

The seventeenth congress of the Soviets officially approved the new Constitution in 1937. This large-scale document reads that, unlike the old panel, the new Standard of 1954 will be without a hat, circled with golden lines. In this case, the abbreviation of the country name will be applied to a simple font, without special separation points.

Only in January 1980 the USSR authorities approved new provisions on the standard, in the drawings of a tie, where the communist symbols were not depicted on the other side.

In November of the same year, this banner was established by the State Standard by making some adjustments in the description of the panels in the Constitution.

The official symbol of the Soviet Republic became rectangular staging with the same stripes:

The ratio of the overall width of the tie to its total length – 1:2.

Before adopting in 1993 an updated constitution, which established today’s Device of the Russian Federation, President Boris Yeltsin signed a new decree on the Russian RF tongue as soon as possible. Thus, the provision about the banner of the Republic of 1955 has lost its legal force.

Flag of the RSFSR: What was

Initially, this standard was a scarlet rectangle, in the very top corner of which gold letters were written an inscription with the name of the country. From another part of a twig from two sides, it was separated by gold stripes. However, over time, the banner changed, other characters and colors appeared on it.

It is worth noting, some citizens believe that the official cloth of the Soviet country with a swastika also existed. However, this is nothing more than a myth that gained popularity in the people.

Myth is the statement that the swastika would be a heraldic symbol of a country that was used almost to the thirties of the last century. As evidence, it often takes photos of the emblems and violating signs of the Red Army with swastikas, as well as bills where the swastika is woven in the ornament. The appearance of the latter occurred, however, was connected exclusively with the introduction for the Kalmyk parts of the identification sign in the form of a swastika.

With the presence of a swastika on the cash bills, everything is much easier. Ancient symbols got a young country from the royal regime.

Thus, the presence of a swastika at the Soviet Republic could not be speech. It’s just invention.

0
The flag of Sweden can rightly be called one of the oldest government symbols.
Leave a Reply Cancel reply
← Flag of Donetsk ← Flag of the Jewish Autonomous Republic