The flag of Crimea, the Black Sea Pearl of Russia, has interesting symbolism. Throughout history, the flag of the Republic of Crimea was changed more than once. However, today he has officially approved cloth.

Flag of the Republic of Crimea: photo

The Crimean flag is a fabric that consists of three horizontal stripes of blue, white, and scarlet. Each of these lanes has its own designation. You can consider the banner in more detail in the photo. 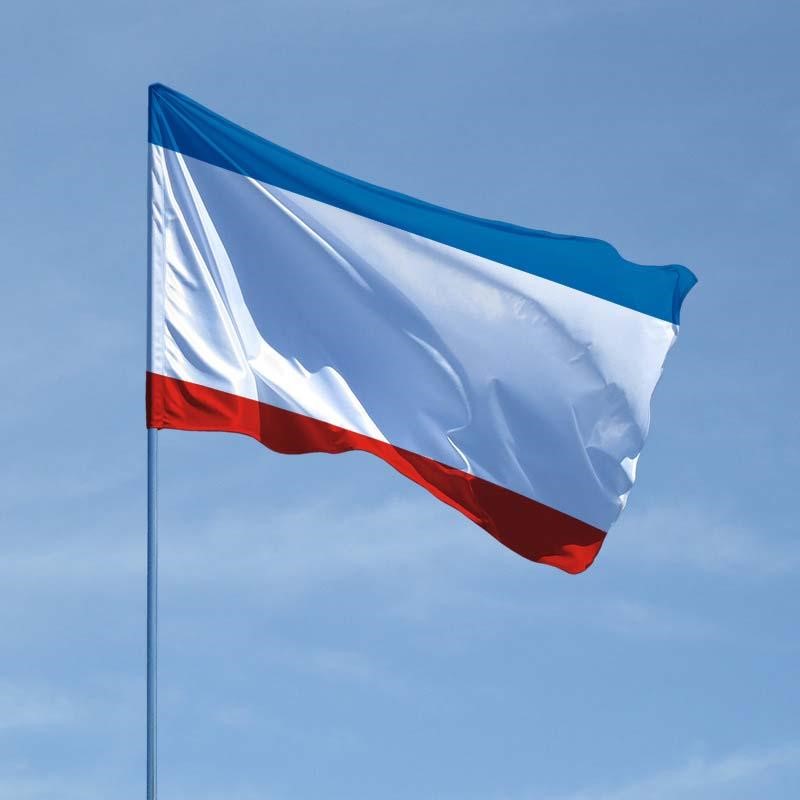 What flag of the Crimea

When the Soviet Union collapsed and the official declaration of independence of the peninsula was adopted, the deputies of the Supreme Council wanted to create their banner. They announced a special competition for this, in which actually everyone could participate in order to perpetuate their name in the history of Crimea.

The government has created a special commission. She revised a number of different options before accepting the final solution. It is worth noting that in second place turned out to be a cloth, which was very similar to the UN symbolism. Deputies from the Commission also very much liked a bright cloth, which absorbed all the colors of the rainbow. However, it suddenly turned out that such a rainbow color is already engaged in activists of minority sex movements.

As a result, the Historian flag was defeated in the competition. Malign and artist in. Trusov. They created a tricolor cloth. It was approved in September 1992. After entering the peninsula, the current symbolism was not subject to change.

The flag of Crimea is a cloth with three horizontal stripes: white, blue, scarlet. In its combination of colors, he is very similar to the Russian. The average (snow-white) strip is the largest, two thirds of the whole area. Upper (blue) and lower (allay) horizontal strips of the same size (one sixth, respectively). 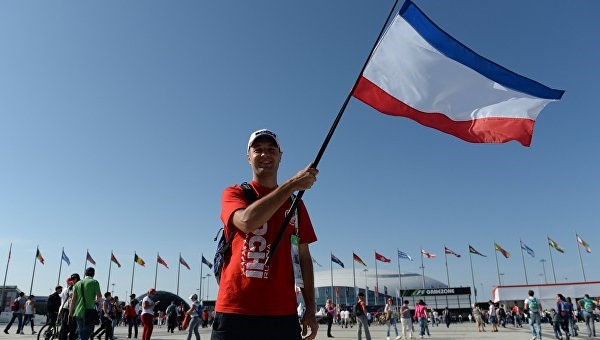 Flag Day of the Republic of Crimea

Crimea Banner Day officially celebrates September 24. The holiday began to celebrate in 2016. On this solemn day, the Banner of the Republic is raised at the top of the mountain of Ai-Petri. In addition, different flash drives and concerts, concerts, and exhibitions. In libraries and schools, organize conversations, as well as a variety of events where children will know the history of its own region.

The flag of Crimea consists of three different horizontal strips:

The ratio of all sides of the official banner of the Peninsula 1:2.

What is the color of the banner? It was created taking into account the traditional European Southeast of Europe for the Southeast. The lower allay horizontal strip symbolizes the sad and heroic history of the peninsula. Blue Upper – Hope to Normal and Good Future. The white middle bar indicates the world and equality of all nations.

It is impossible not to note the existence and alternative cloth of Crimean Khanate. This is a canvas of blue, in the upper left corner of which is a golden symbol called Tarak’ Tagh. Tamga In Turkic tribes, many centuries were used and symbolized the sovereignty of the genus. At the same time, they were transmitted from one generation to another. 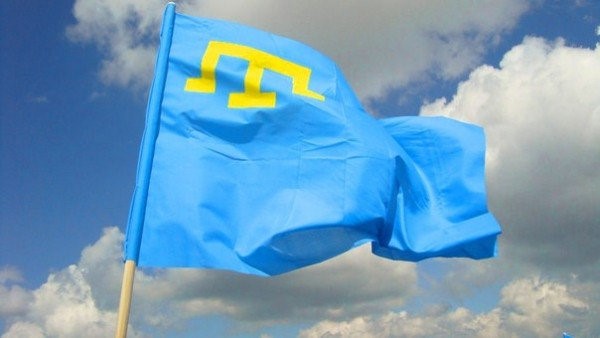 If we talk about the origin of Tarak’-Tamga, which is drawn on the National Banner of the Tatars, then there are several theories here.

A blue banner with Tarak’-Tammy was used as the National Tatars Path list at the opening of the first Kurultai in 1917. Then this banner was awesome on all the settlements of the peninsula and was recognized as the official cloth of the Peninsula.

Seventy-four years later, namely in 1991, at the time of the second Kurultaya Blue Banner with Tarak’-Tagoy again began to hang in the meeting room as a cloth of Crimea.

0
The flag of Sweden can rightly be called one of the oldest government symbols.
Leave a Reply Cancel reply
← Flag Gypsy: what meaning flag of the Romani people ← Flags Pirates: meaning flag Jolly Roger