The Gypsy flag just does not know, but it still has. Gypsies are very interesting people whose history counts actually from ancient India. Its national attributes, in particular the flag and the anthem, the Roma legally approved in the twentieth century.

Flag of the Gypsy people: photo

To find out what flag gypsy is enough to just look at the following photos. Now seeing this banner, you never confuse it with something else. 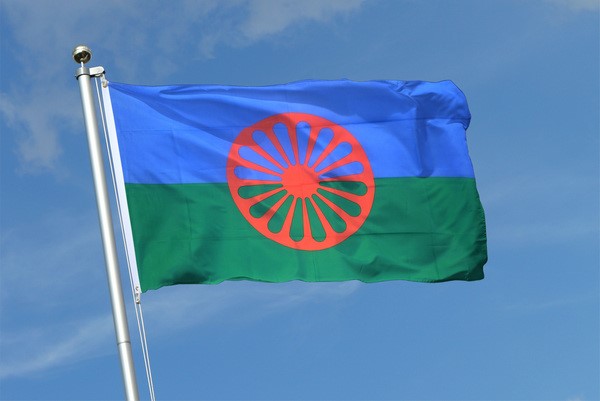 What flag of gypsy

If we talk about the features of the flag of Gypsies, it is important to note that this cloth is a split field on the green part and the blue one in which the red wheel is located from the wagon.

This part of Roma believes that the red color is not only about unrestrained fun, but also about a variety of wine products that the winemakers of this incredible people are famous for. 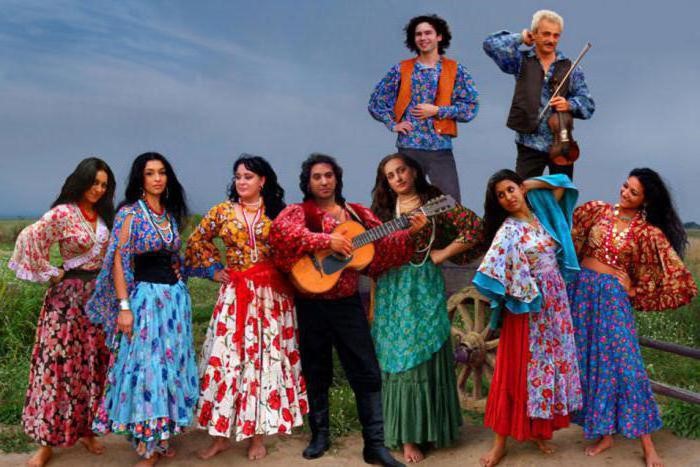 Today, many are not clear whether Romov has its own flag. Yes, it exists, as it is clear from the above described. The flag of Gypsies or the Roma banner is the international cloth of the entire Gypsy people. It was approved by representatives of different Gypsy communities at the First World Congress Romov in Orpington in 1971. What this cloth looks like? It consists of:

The last component symbolizes the wandering tradition of Roma and is considered to be a tribute to the banner of India. The central element to the cloth added the scientist Fan Rajer Rishi. Above the described design, the most popular was in Yugoslavia, where after the adoption quickly received official recognition.

The cloth of 1971 was replaced by an earlier version of the flag, namely the two-color blue-green, which came up with Activist George A. Lazerean-Lazurikoe. The tricolor version where the surviving Roma was flying after the genocide, came out of use due to essential communism accusations. The final version of the banner created in Orpington has acquired popularity in the following years. His most loved by the groups that promoted the transnational unity of people. Flag Actively promoted violinist Yehahhi Menukhin and actor Yul Brinner. 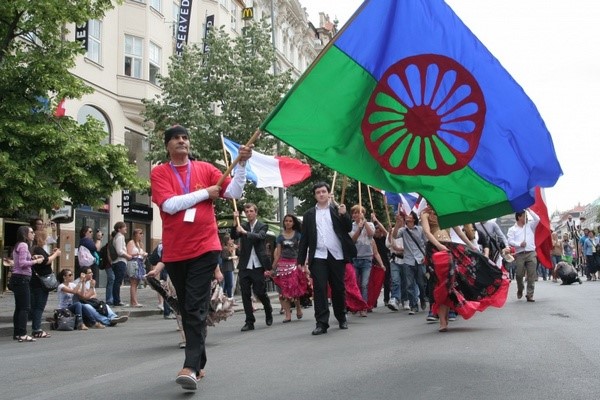 Congress Orpington never provided some specification for the banner, which exists in different versions and has a number of all kinds of derivatives. It was officially recognized by several communities and countries in 2010, but his demonstration caused substantial disputes in different states of the European Union.

The derivatives also began to actively apply in the political symbolism of Roma at the same time. Nevertheless, the Gypsy flag inside the scientific community was criticized as a Eurocentric and superficial way to solve the problems that this ethnic group faces. At the same time, Roma themselves do not hide the fact that they are satisfied with the presence of their own flag, which recognized so many countries and communities.

0
Flag of NATO – Official Symbol of the Alliance, united by 30 countries from
Leave a Reply Cancel reply
← Tatars flag ← Flag of Crimea: photo, which means colors