Cayman Islands (big, small, marriage) are 130 miles south Islands Cuba and 400 miles south of Miami (USA). The name of the islands comes from the middle of the 16th century and is associated with the crocodiles of Caymans. Staying uninhabited, the islands made the role of an intermediate port for vessels in the Caribbean Sea. Caymans of the island since 1670 were recognized by the territories of Britain.

So the modern flag of the Cayman Islands looks: 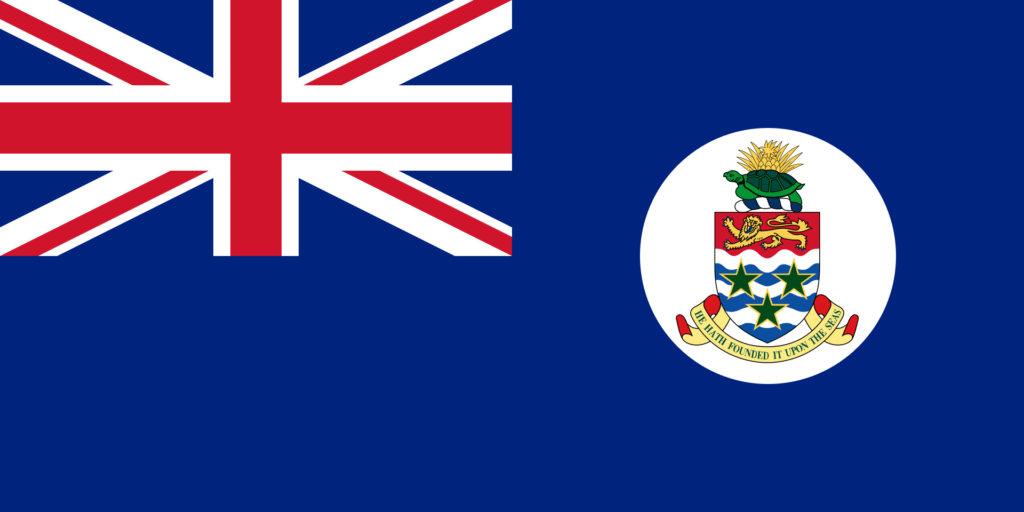 History flag of the Cayman Islands

The Cayman Islands belong to English overseas territories. The base for the flag, like other colonial possessions, served as the fodder flag of England. They took advantage of organizations, state. work, official and civilian countries.

The signs of the Cayman Islands have varieties. For example, the village flag is similar to the municipal and differs only by the fact that all the symbols are on a red background, as the trading Flag of England. Fleet Flag Cayman Islands – Again the blue cloth with all the second attributes. The difference is that the coat of arms is not placed in a white circle. This type of flag was approved in the 2nd half of the 90s of the twentieth century. 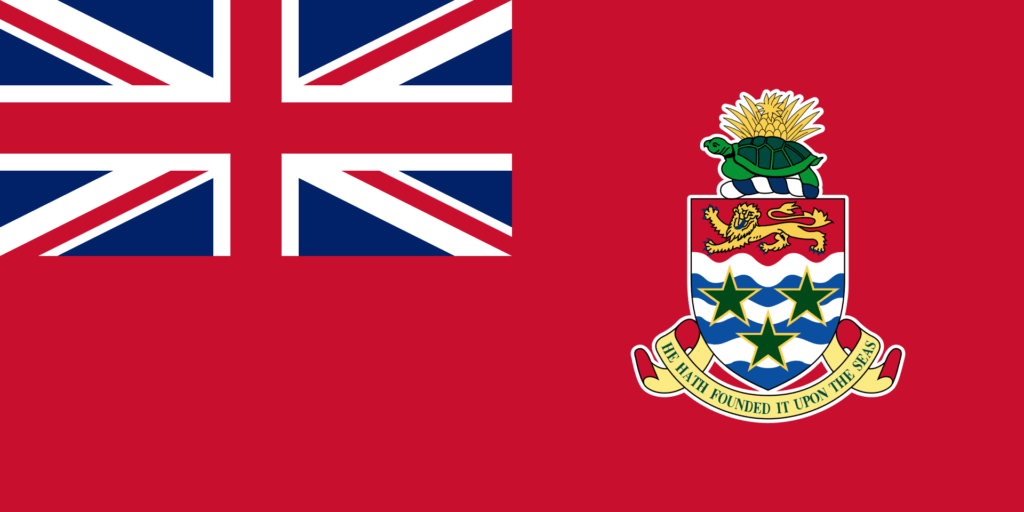 The current municipal flag was officially adopted in May 1958. In addition, the municipal coat of arms was approved.

Flag of the Governor of Cayman Islands: 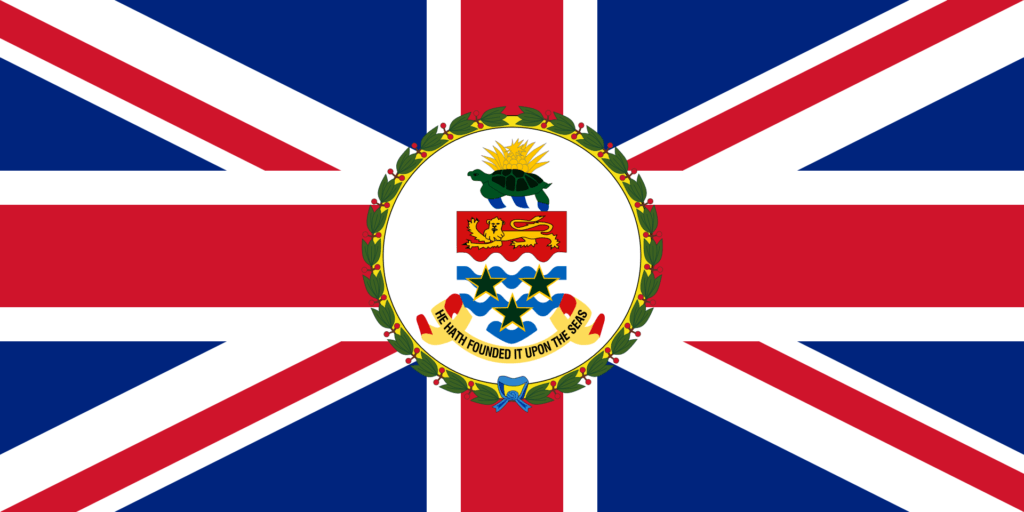 The flag of the Cayman Islands is a cloth of a dark blue background with an English Union Jack (translated from English – the flag of the Alliance) in the upper left corner. It has a rectangle-adopted shape. The aspect ratio of one to two. Dimensions Union Jack are equal to a quarter of the size of the entire flag. On the right side, in the center of the 2nd half of the panel, is the coat of arms of the Cayman Islands, inscribed in the circle of white.

On the coat of arms depicted a heraldic shield, divided into horizontal parts of various sizes. On a bright red background in the highest part placed the Golden Lion – the symbol of the UK, to which the Cayman Islands archipelago belongs. In the lower half of the shield, in the form of wavy strips of blue and white, depicted sea waves, on which there are 3 five-pointed green stars in the golden edging, symbolizing the 3rd islands of the archipelago.

On the shield itself, a green turtle is drawn, sitting on pig-blue rods, and behind which he sees the golden pineapple. Under the shield depicted yellow tape with a red selection, on which the inscription is made: “He founded it in the seas”.

Meaning colors the flag of the Cayman Islands

Borrowed – Production of ropes and twisted rods symbolize traditions, lifestyle, fishery of the inhabitants of the archipelago. The main product of agriculture has pineapple, and the turtle talks about the rich animal world of the archipelago. Both signs personify the nautical history of these territories and its industry. The blue color is the sea symbol.

Country’s motto: “He founded it in the seas” reckoned from. 2 of the 23rd Psalm and talks about the Christian heritage of Cayman Islands.

The origin of the turtle on the coat of arms, respectively, on the very flag of the Cayman Islands, is because the territory was previously known as “Tortuga” (in Spanish “Turtle”). It was produced by the event that the peninsula was a turtle.

Non-specialized information about the Cayman Islands

0
The Republic of El Salvador – the government, the southern part of which is
Leave a Reply Cancel reply
← Flag of Ireland: color and image ← Flag of Congo: colors and meaning