Mauritius – Island Government located in the Indian Ocean. At the moment, Mauritius is considered an example of luxury on the sequence with the Maldives and Seychelles Islands – Clean sandy beaches, blue water Lagoon, and the freshest fruits once a year challenges crowds of tourists.

So the modern flag of Mauritius looks like this: 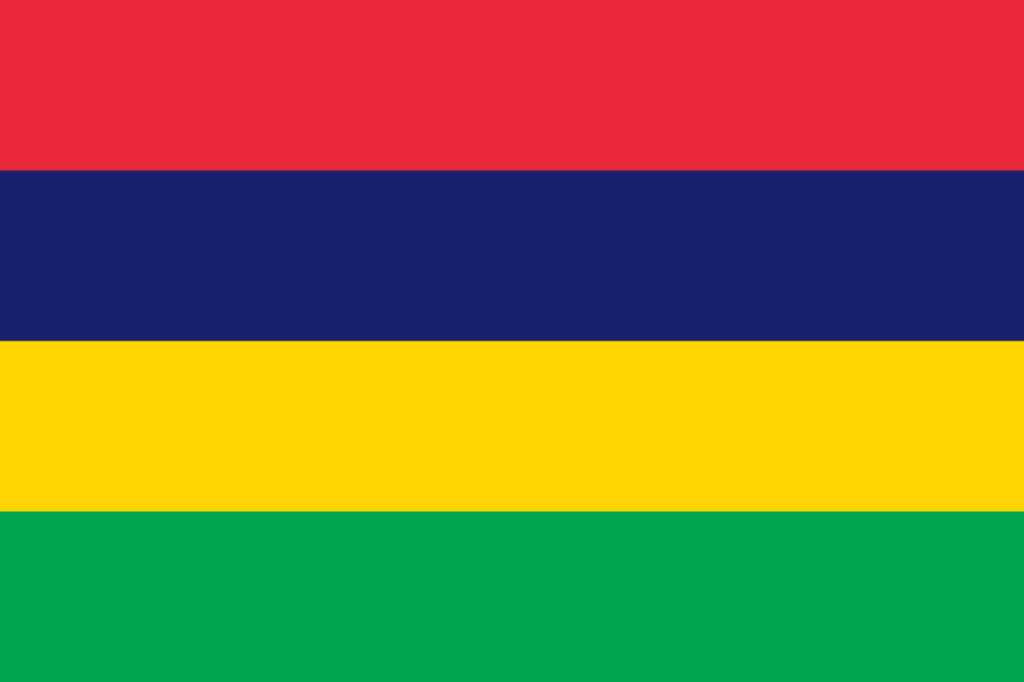 From 1638 to 1710, the republic walked under the Dutch banner – a three-color Red-white-blue with a monogram of the East India Company. 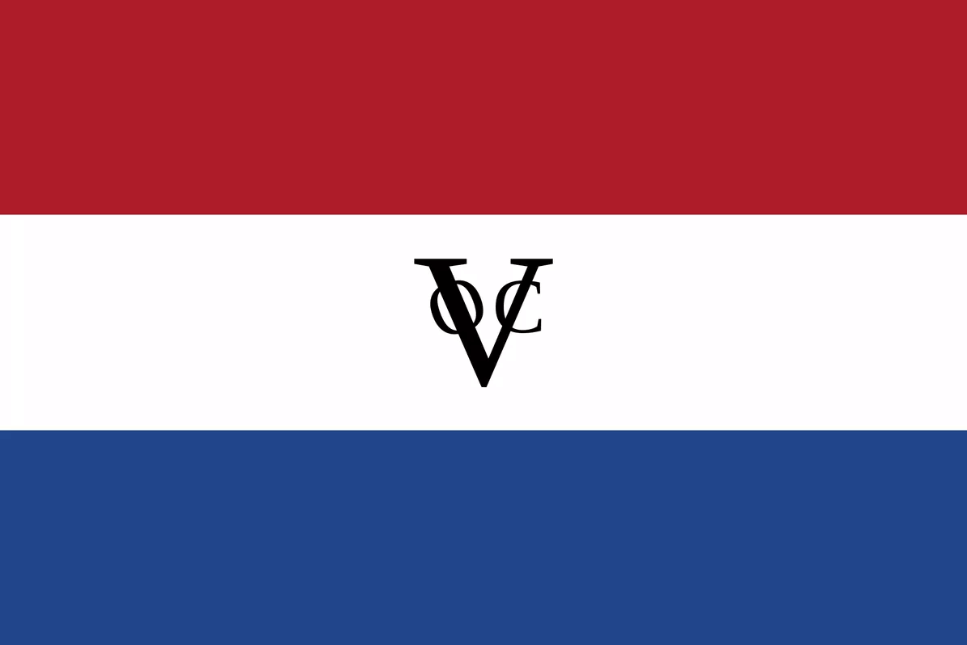 During the 1710-1800s, at the time, at the time, when Mauritius was in the French domination and wore the name Il de France, there was a flag of the Bourbon family. White cloth decorated a huge amount of gold lilies, in the center – blue shield, among which three lilies are larger, on the sides – two angels. The flag is decorated with the orders of the Holy Spirit and St. Misha. 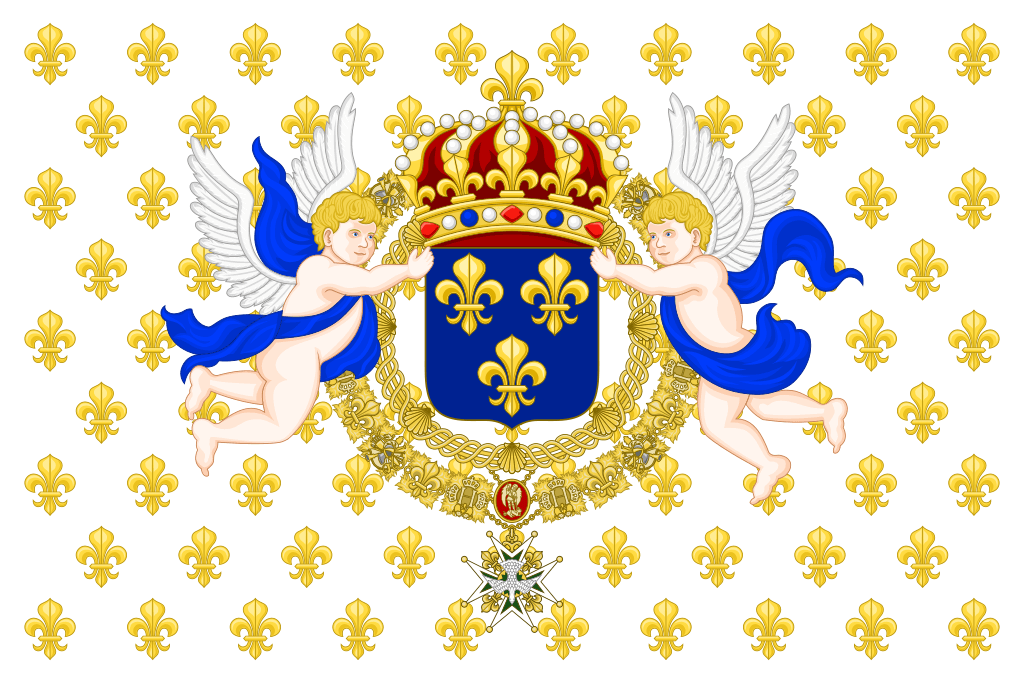 At the end of the magnitude of the French Revolution, the republic was under the banner of France.

At first, the nine-step century will continue to 1967, Mauritius belonged to the English colony.

From 1869 to 1906. On dark blue Cloth of England In the right corner, there was a white circle with the official emblem of Mauritius, operating at that time. 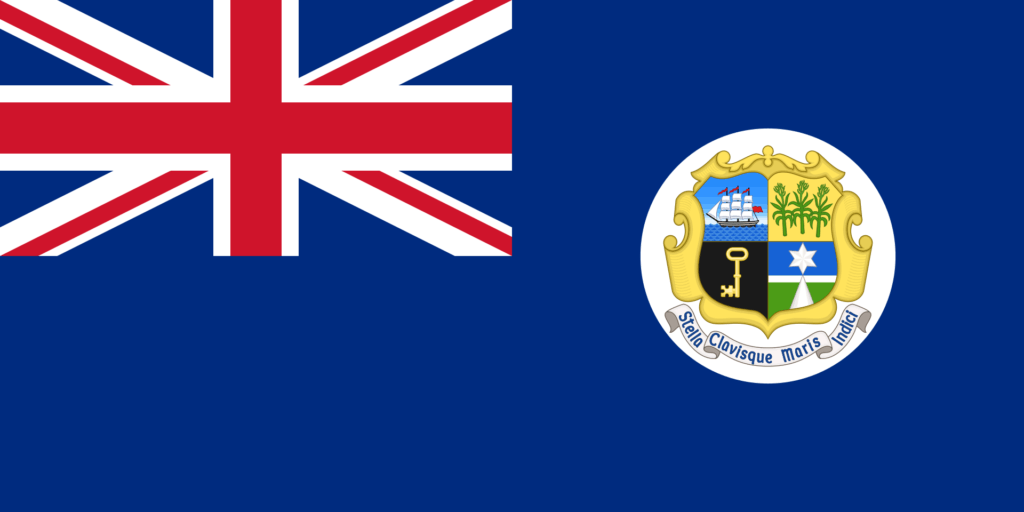 From 1906 to 1923. Suffered a change in the emblem, based on this on the Britain flag already corrected option. 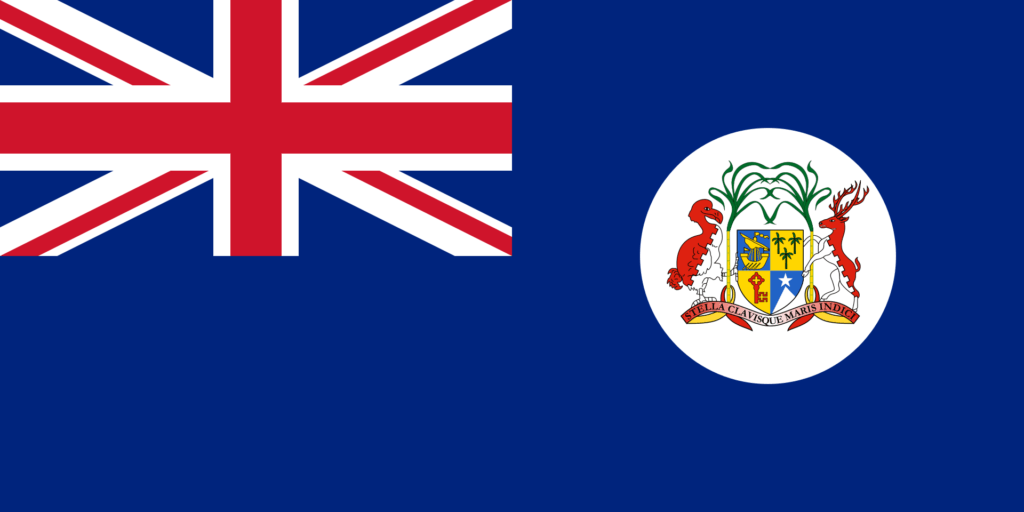 At the end of 1923, the emblem was renewed again, and until 1967, the last option was used before the adoption of his flag. 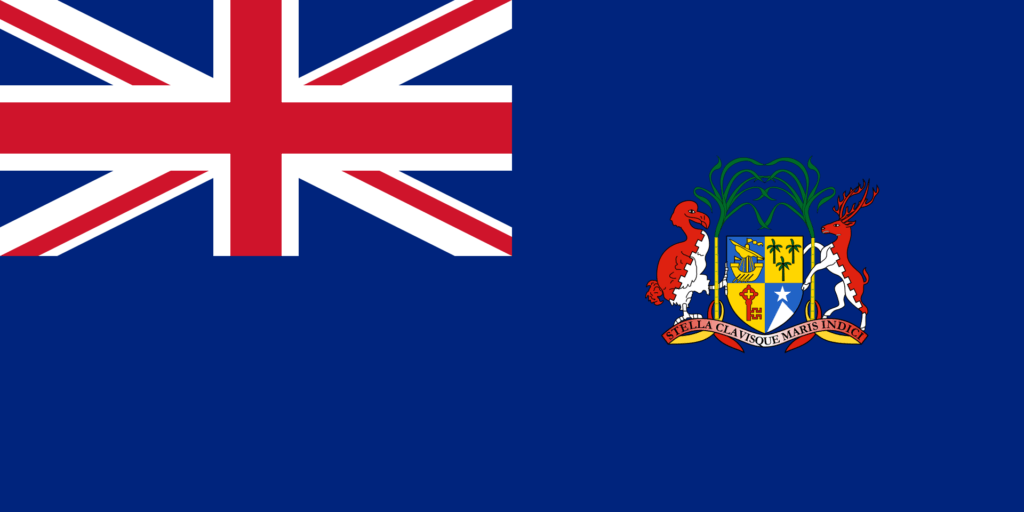 The developer of the cloth, Gurudet Moocher by profession, was the primary class’s teacher.

The banner is different, as in many African countries, the riot of paints and colors. The uncomplicated composition seemed only in the 20th century, and earlier the country was imaginary only colonial flags.

For at least about 8 options of the flag used for at least the moment of its own existence of Mauritius.

Description of the flag Mauritius 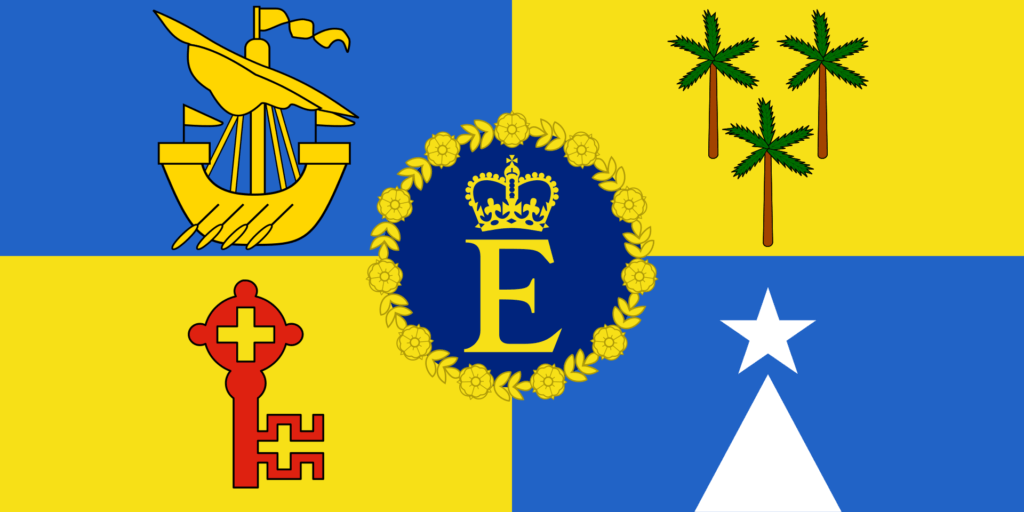 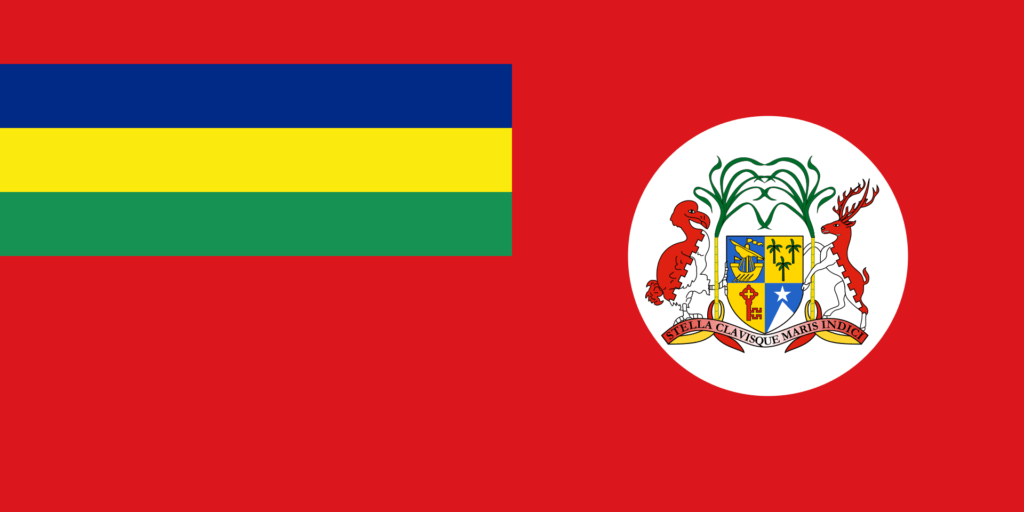 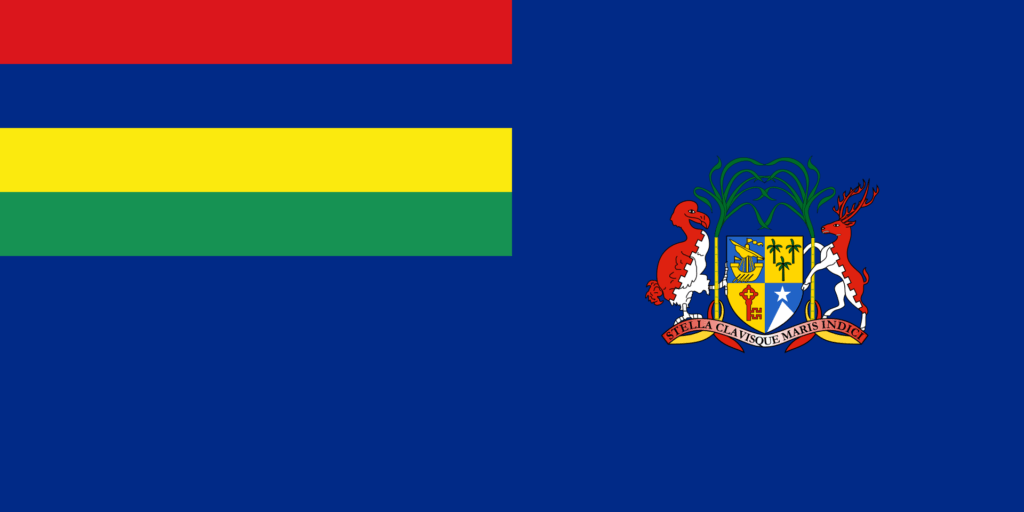 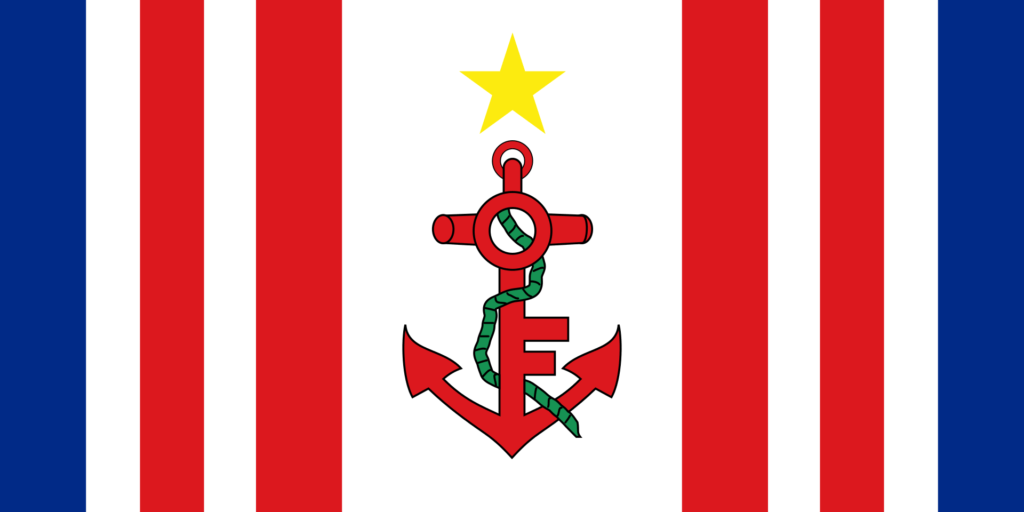