The flag of Ethiopia in its current image is approved in 1996. Along with him, the anthem was also accepted and the national coat of arms was certified. The basis of the flag is used 3 colors, which were used in the first version of the flag at the end of the 19th century when Ethiopia was under pressure from Europe’s colonizers. 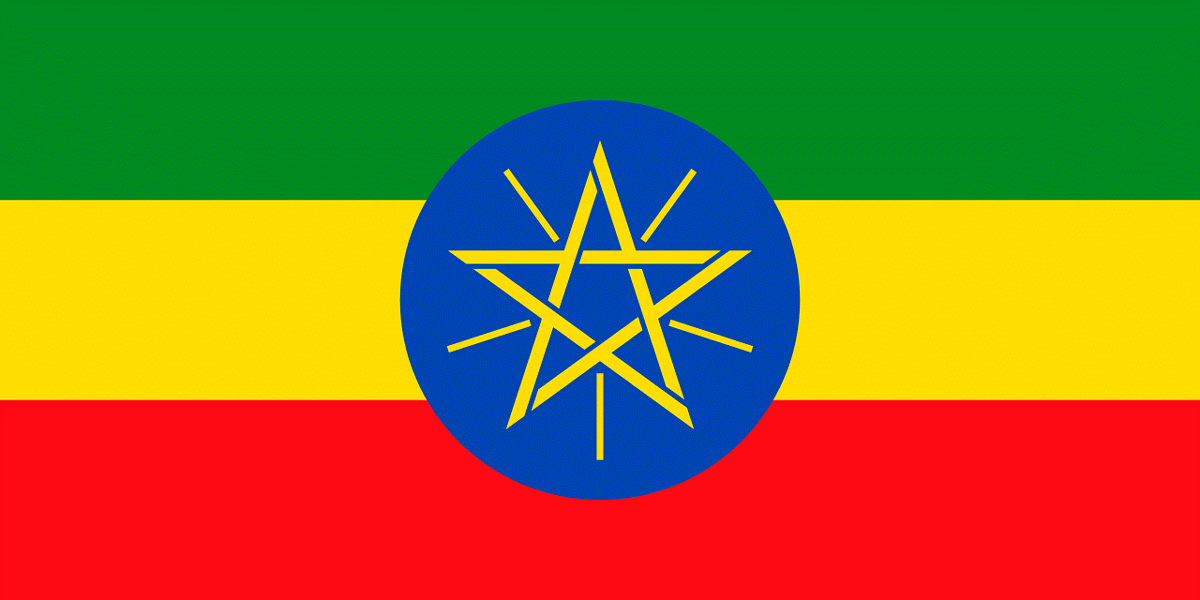 The flag of Ethiopia 1936 is a rectangular tricolor. The width is equal to one part, the length is two (proportion of 1:2). Three stripes – the same size. In the center – Star Symbol (Outrash Figinite). In the version of 1936, the only difference is the absence of a coat of arms.

There is an alternative version of the flag, on which the star is not located in the center, but in the upper left corner. It was distributed in the period 1930 – 1950, used mainly only by the Northern Power Residents.

In the period from 1881 to 1897, the flag had a different form: 3 triangles of red, yellow, and green colors. And most often it was depicted as a separate 3 ribbons attached to the royal staff. And only at the beginning of the 20th century, the form of the flag was changed to the traditional rectangular.

Also, the banner was changed:

But the accent has always been on three colors: green, yellow, red.

The image of the coat of arms on the flag has repeatedly changed. In his initial version, the Golden Lion was depicted, holding a staff in the paw with the colors of the national flag, and on his head – Ethiopian crown.

Strips – horizontal, without shading and outlines. The modern coat of arms – Star, located against the background of a blue shield. The sketch, which was adopted when creating a final flag, was developed by the Ethiopian artist Ababa Alambo. Prior to this, it was planned that there would be no additional symbols in the image of the banner. It is believed that the modern flag of Gambela is created on the basis of Ethiopian. 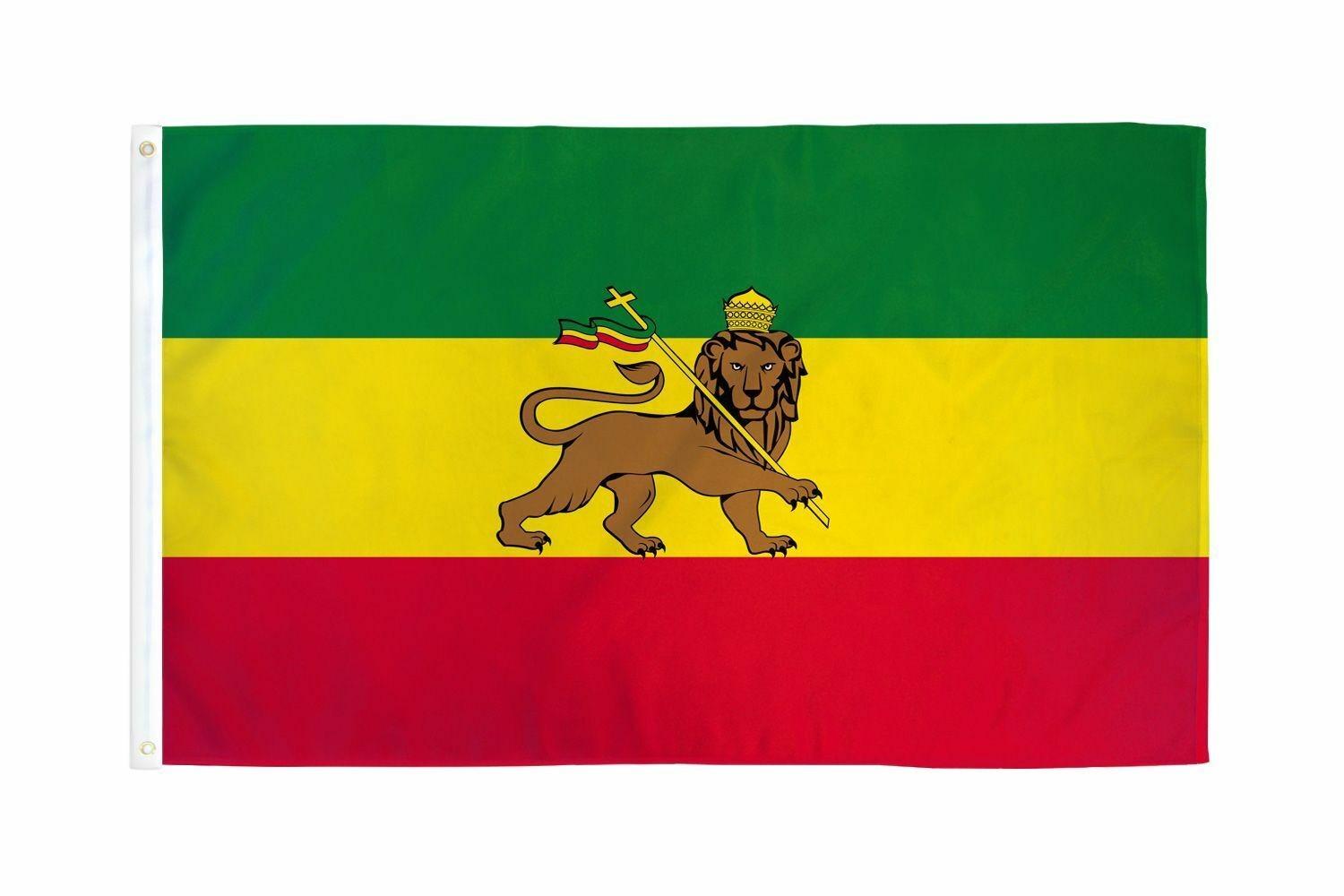 The Meaning colors on the flag are as follows:

The star, which is correctly called in this case by the Pentagram, personifies the unity of all the peoples of Ethiopia, which at the end of the 19th century and stood at the origins of creating an independent state.

Some historians claim that heraldry as a separate science on the territory of Ethiopia never existed. The reason for this is the only African country that has steadily retained its independence in attempts to colonize the territory of European states. And when other countries in national symbols have the effect of powers in the colonizers, Ethiopia uses its own “simple” symbolism. Therefore, for the flag of Ethiopia, the meaning – conditional, which is used by the people to answer numerous questions of tourists.

Until 1881, when a tricolor was accepted in everyday life, the flag colors were in a different order. The top was yellow, then green, lower – red. It demonstrated an emphasis on which development of Ethiopia too. That is, the main thing was – this respect equality between all the tribes and the peoples that stood for the upset of sovereignty. It followed the diligence in the establishment of the Earth. And after – the courage of the people. Now, this interpretation is not used, all characters are equivalent to each other.

Total, the modern flag of Ethiopia looks more individually, in comparison with the porepos of other African countries. And this is due to the fact that the country gave prevent colonizers and retained its independence since the end of the 19th century. Since then, only the coat of arms changed in the image.

0
Republic of Uganda – East African government, the area of ​​which forms 236 thousand.
Leave a Reply Cancel reply
← Flag of the Luhansk Region: what does each color mean ← Flag of Jamaica: colors and meaning