Skip to content
Flags-World » Flags of Europe » Flag of Dagestan

Flag of Dagestan – the main Republican symbol. The picturesque Russian region is located in the southern part of the country. Symbolism is represented by a standard web on which any emblems are missing. The history of origin is quite interesting and saturated. The relationship of residents of the republic to the attribute deserves respect. 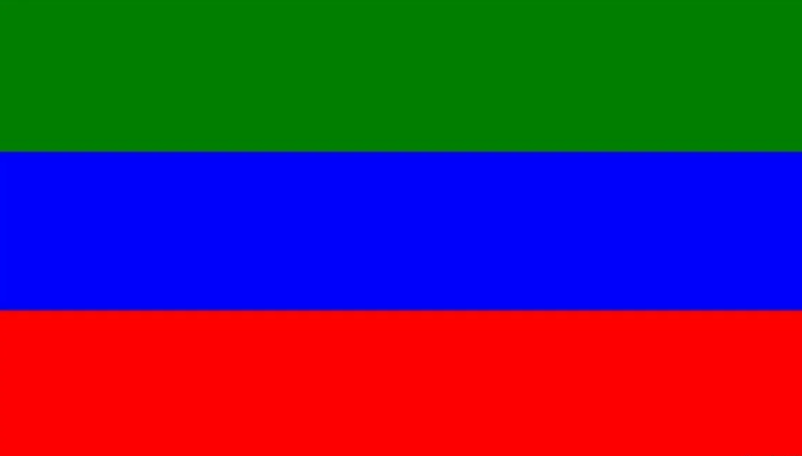 Flag of the Republic of Dagestan

The current banner is approved at the state level in the winter of 1994 after the Dassp was transformed into a republic. Some design changes occurred in 2003. The changes occurred and contributed to the state register. The unchanged symbol is used to this day.

Changes in the peoples of Dagestan flags have been made repeatedly – the first leaf was green with white patterns, and then on the canvas appeared crescent and three stars. After 6 years, the symbol became red with the Dassm, to which the abbreviation of the RSFSR was added in 1927 (the letters had yellow). After 31 years, a blue vertical strip appeared on a dense red. It was applied to the image of hammer and sickle, which personified labor.

Proportional change in length and width. Source sizes 1:2 replaced by 2:3. The middle blue part has acquired a stronger shade. Symbolic importance Currently also has a huge Meaning for everyone who lives in the republic.

What is the flag of Dagestan

The web is made in rectangular form, in proportion 2:3, with three multicolored stripes having the same width. Lower strip – red, medium – blue, and top – green. 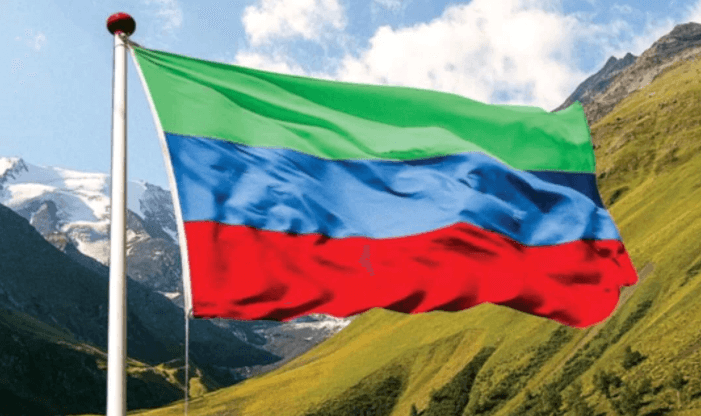 In 1994, he was also legal and coat of arms, reflecting both political and historical unity, as well as the cultural values ​​of the people. It is made in a heraldic shield format and has a rounded shape. The center is located the Golden Eagle, over which the yellow disk is towering, which personifies the sun.

What does the flag of Dagestan mean

Tricolor symbolizes growth, Islam, fertility, and life. Also, the banner speaks of the exit to the Caspian Sea, greatness and beauty, pointing to courage, courage, and enlightenment. The symbol of the republic characterizes local residents, their customs, orders, and laws.

The image of the symbolism of the republic is applied to airplanes, which are registered in the prescribed manner. The banner is used as a heraldic basis, as well as a legalized element of state-type awards. Permissible application in decorative purposes, but only without disrespect. Use entails responsibility in full compliance with current legislation. 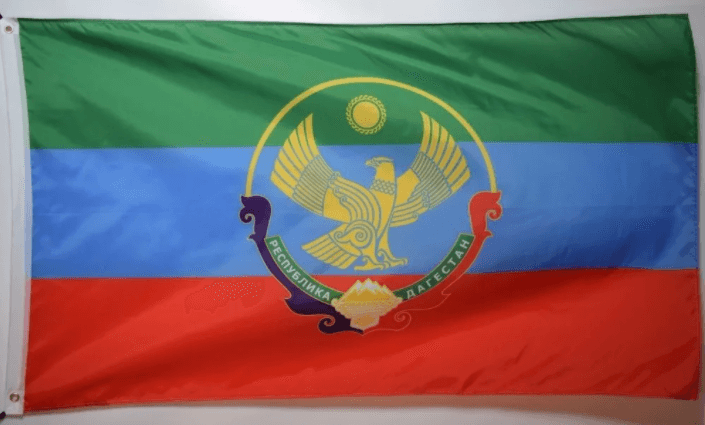 Colors of the Dagestan flag

All residents of the republic with great respect refer to the symbolism of the state. From school, children learn to treat attributes with respect, reverence, and pride.

Each color of the Dagestan flag is attributed to a certain symbolism:

The banner has been changed many times. The final result is approved by the legislative bodies and will remain unchanged until any adjustments to the way of the people are submitted.

0
The flag of Sweden can rightly be called one of the oldest government symbols.
Leave a Reply Cancel reply
← Flag of the Jewish Autonomous Republic ← Flag of Siberia: meaning and colors