Martinique – Caribbean Peninsula, from a long time belonging to France, was able to preserve a feature – his informal flag is considered one of the most inimitable in the world.

So the modern flag of Martinique looks: 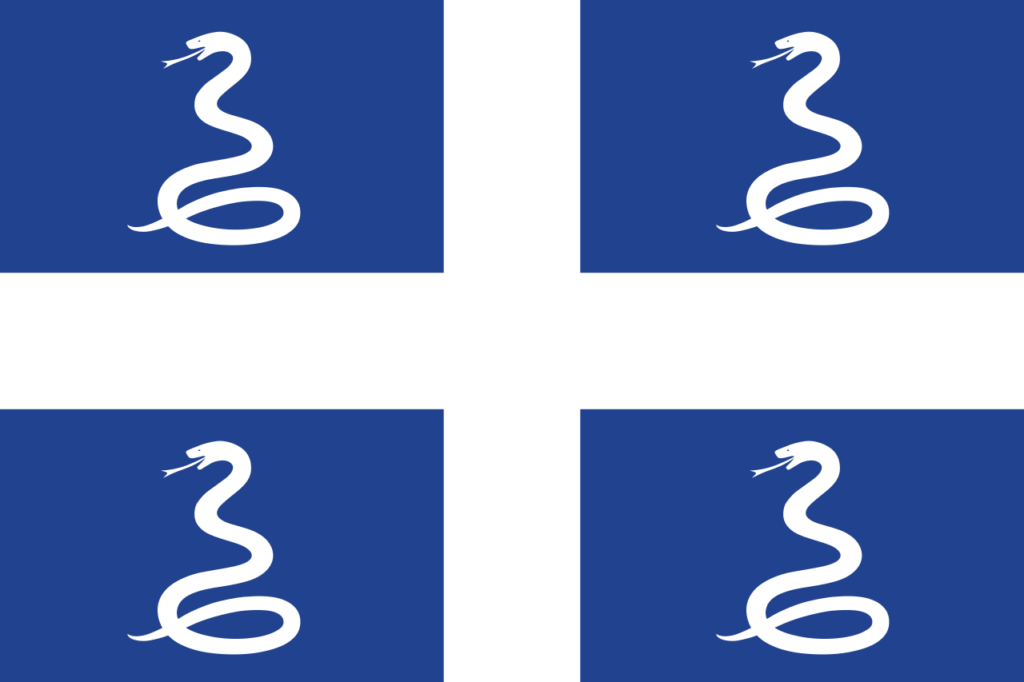 The official flag of Martinique, one of the overseas territories of France, located in the Caribbean, is the French Tricolor. But not he, but another sign of the country, considered historical. He was adopted in the 2nd half of the 60s of the XVIII century. Like a marine Vympel of countries.

From 1664 peninsula has a colony, and since 1946 has the status of the France’s overseas department.

It is a cross on a monophonic background that crushes the background to four equal parts, in each of which a snake is located, which resembles a beak.

Colors of flag of Martinique

Meaning colors of the flag of Martinique

The reason for the introduction of colors is not exactly clear, based on this, they should be interpreted, based on the basic laws of Heraldry.

The symbol made by a couple of centuries ago, unlike others, than and attractive for many connoisseurs and connoisseurs Venxillology – sciences about flags.