Djibouti – a small government in northeastern Africa. His area forms a few more than 23 thousand. km2. This is a republic with personal municipal signs.

So the modern flag of Djibouti looks: 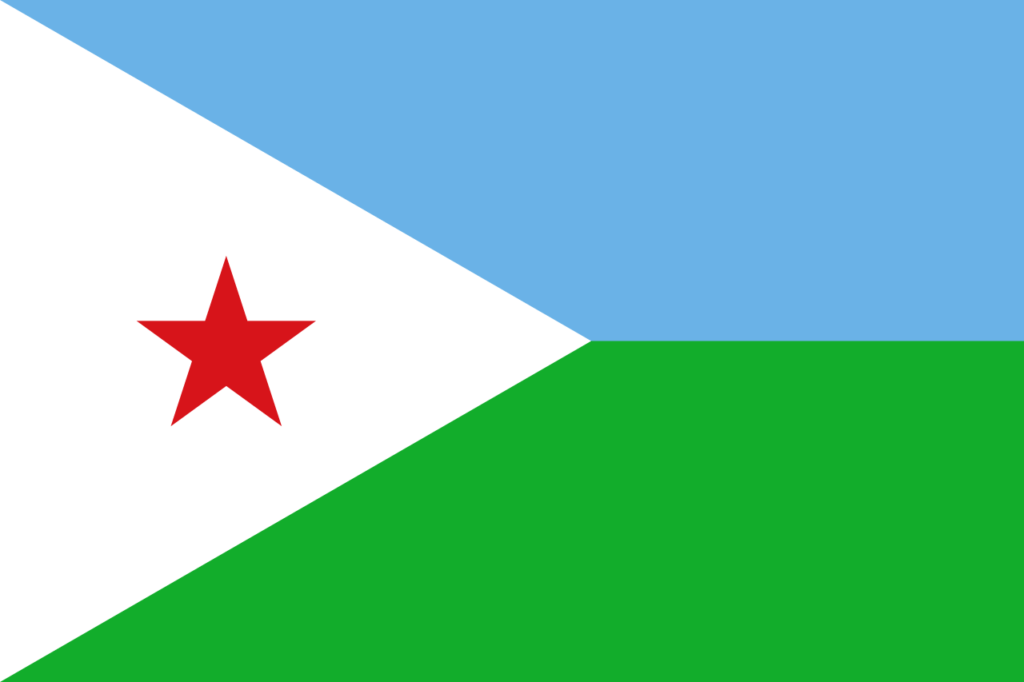 In the late 1980s, the 19th century on the lands found by the French Emissaries at the Issa tribe, the construction of the city of Djibouti began. In that direction later, the French governor moved. Above the city, the banner of the governor, who mingled a blue cloth with 2 triangular finishes (brazers) and the tricolor of France. 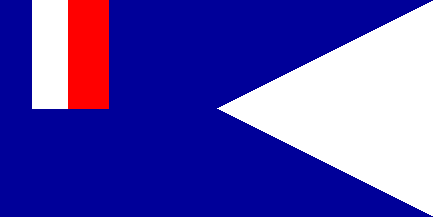 In the 2nd half of the 50s and century, at the end of the massive manifestations of Somali in Djibouti, the French government adopted the law on expanding the self-government of the overseas. Was created by the Board, the 1st Vice President of which Issa Mahamud Harbi Farah made a new flag.

It was a rectangle folding from 2 horizontal strips. Top – blue, like Somalia. Lower, green, personified Islam. The red equilateral triangle in the tree meant the revolutionary struggle. Located on it a white five-pointed star beam was deployed to the center of the panel. 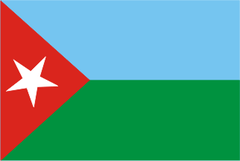 The modern flag of Djibouti, as a country sign, was adopted on June 27, 1977. On this day, Djibouti was completely freed from colonial dependence.

A similar cloth risen over the state in the first half of the 70s of the twentieth century fighters for independence. But the meaning of the signs has changed.

It is a rectangle with a ratio of length and widths 21:38. Horizontally it is broken into two equal stripes. The top has light blue – color. Lower – green.

Equipical white triangle one side adjoins the angle, a corner is aimed at the center.

In the middle of a triangle – a red star with five rays in a vertical position. The star is inscribed in an imaginary circle having a diameter of 1/5 of the width of the panel.

It has the following colors:

Meaning colors the flag of Djibouti

Flag of the State Alliance for Independence: 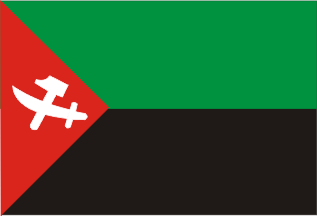