The lesbian flag signs a little. Most people are confident that they are used to designate their unconventional orientation Pride flag of LGBT. This is not the case – the symbolism of gender communities varies, although it can be traced in it a certain similarity. Differences are manifested in the number of bands, their size, painting – lesbian symbolism more restrained. 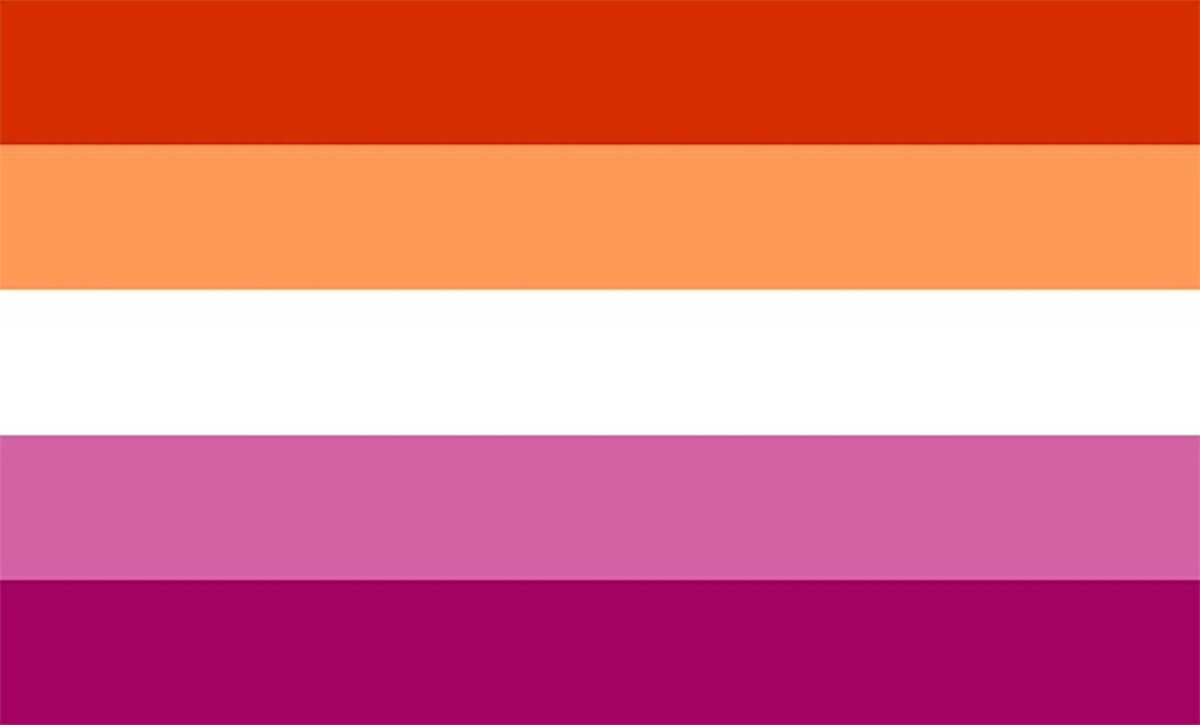 There are no officially recognized symbols of lesbians – all the options that exist at the moment have not received the large-scale distribution. Therefore, today we will talk about what a banner is to consider correct and what meaning it has.

The only correct option of how the lesbian flag looks like, today his new version is recognized, obtaining distribution through social networks in 2018. It looks as follows: the cloth is divided into 7 lanes, three of which are painted in the shades of orange, three more – in the shades of pink. In the middle, there is a white strip. You can see his image below. Since 2020, it has been a bit changed – the second stripes are removed from above and below. After the abbreviated version appears in the community of the lesbian, disputes arose about who offered to use orange-pink symbolism. Version 2020 is presented below.

The flag of lesbian first appeared in 1999 and was called “Labris”. It is characterized by references to the work of Safo, the events of the Second World War. The first publication took place in 2000 in the thematic journal. But, despite greater importance and symbolism, this option did not take it – over time it was replaced with striped canvases. The first version of the symbolism is presented below. On the Internet, you can still meet those who prefer to use this symbol, so if you see it, it means that a person supports the love of biological women to each other. 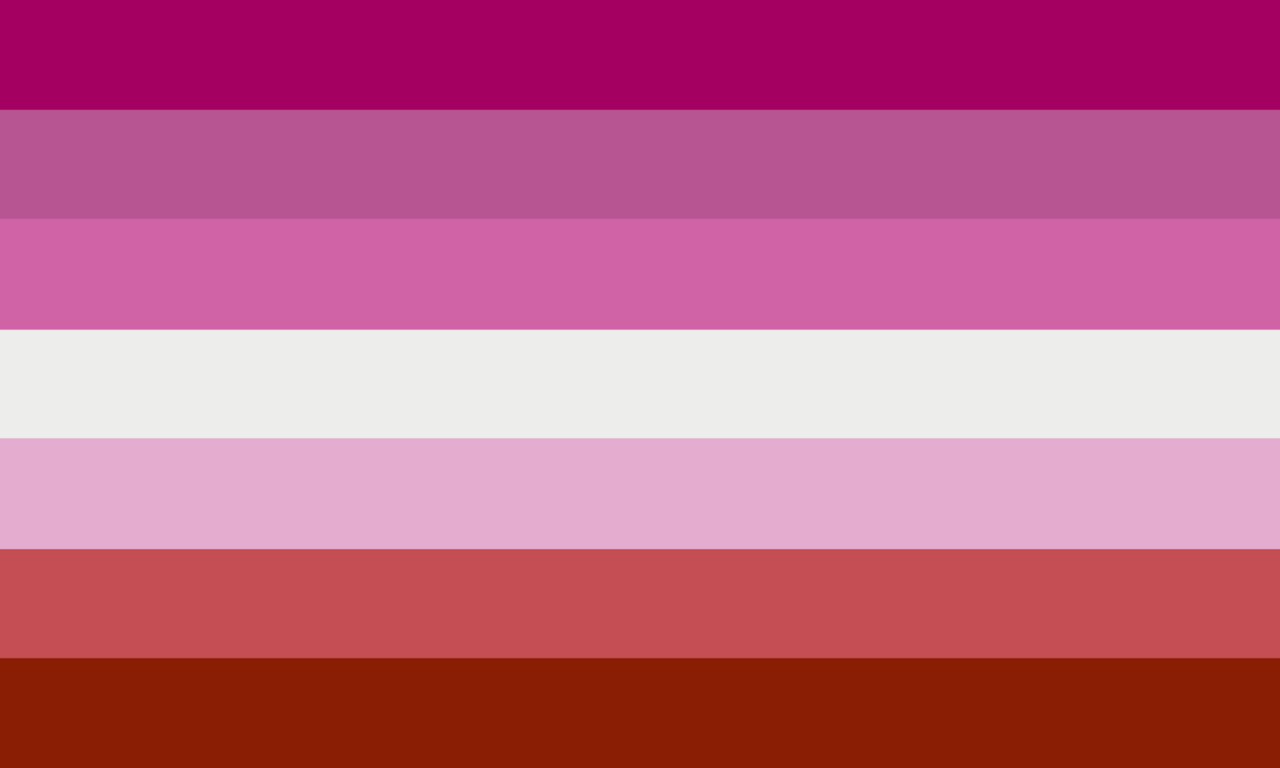 Since 2010, lesbians who prefer to preserve and emphasize their femininity. Inside the lesbian community, the attitude towards them is skeptical – it is believed that women lead themselves, who show attention to representatives of their sex in order to attract the attention of men. What the flag of lesbians with lipstick looks like a modern version. The differences are manifested in the track from the lipstick on the left at the top and use only shades of pink. The 2010 lesbian banner is based on it – a fondant trail, a combination of stripes and color schemes saved.

What flags in lesbian

In the previous section, several options of what flag of the lesbian exists: you can use any of them. However, when using Options 1999 and 2010 there is a chance that you will not be understood, so it is better to use symbolism 2018-2020 for social networks. Due to the availability of social networks, the orange-pink flag was widespread and is clear to more people supporting the love of bio women to each other or are representatives of the LGBT community. By installing the image of the lesbian banner on the social network, prepare for the attacks of the transfunctional environment.

One knowledge about what the flag of lesbians looks like, not enough. To use it, you must understand the meaning that is invested in this symbol. The 1999 lesbian flag is decrypted as follows:

This flag has a great symbolic value, shows the story of the lesbian movement. 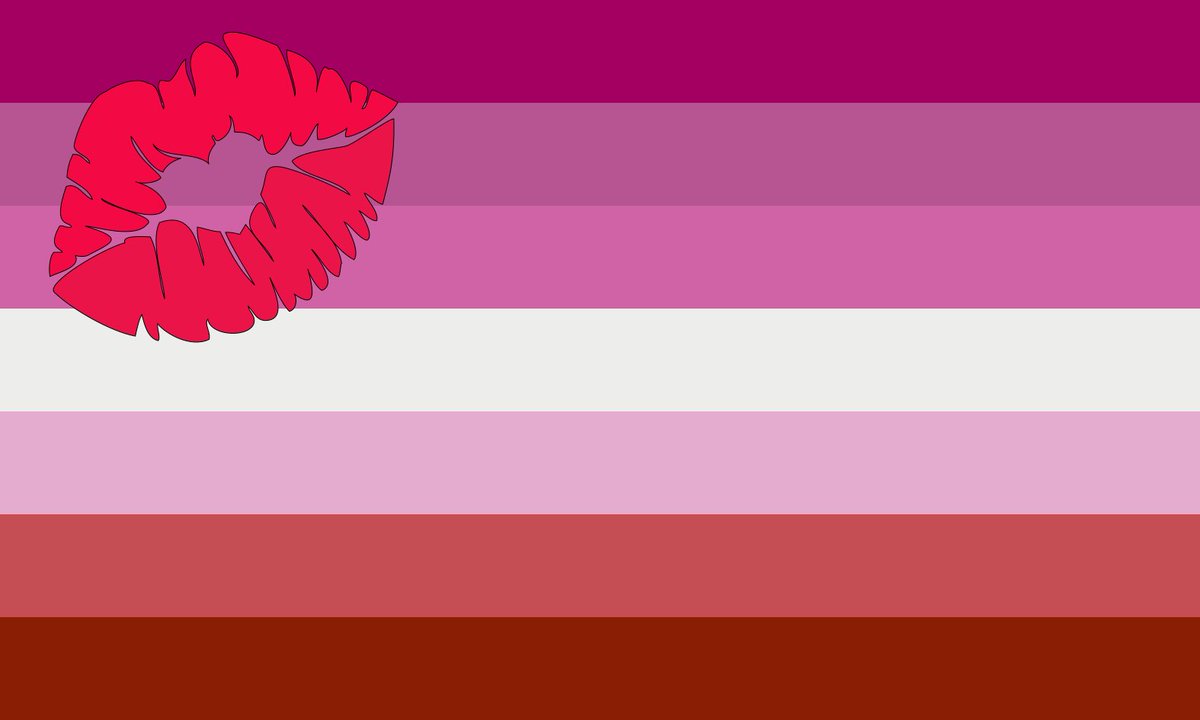 Lezbians do not refuse their gender, but indicate that they have the right to freely choose who to love them and how to treat their own femininity.

0
The purpose of the flag bi – maximize pride and bisexual visibility. Colors are
Leave a Reply Cancel reply
← Flag of Montenegro: meaning and colors ← List flag of the Commonwealth of Independent States