The municipal flag comes to the list of signs. It is much more painted in colors, which conditionally demonstrate historically serious acts, the form of political management in the country, its placement, economy, and other fundamental details related to the formation of the country. Flag colors and the presence of coat of arms or emblems are recorded at the legislative level in the Constitution of the country.

So the modern flag of the Gambia looks: 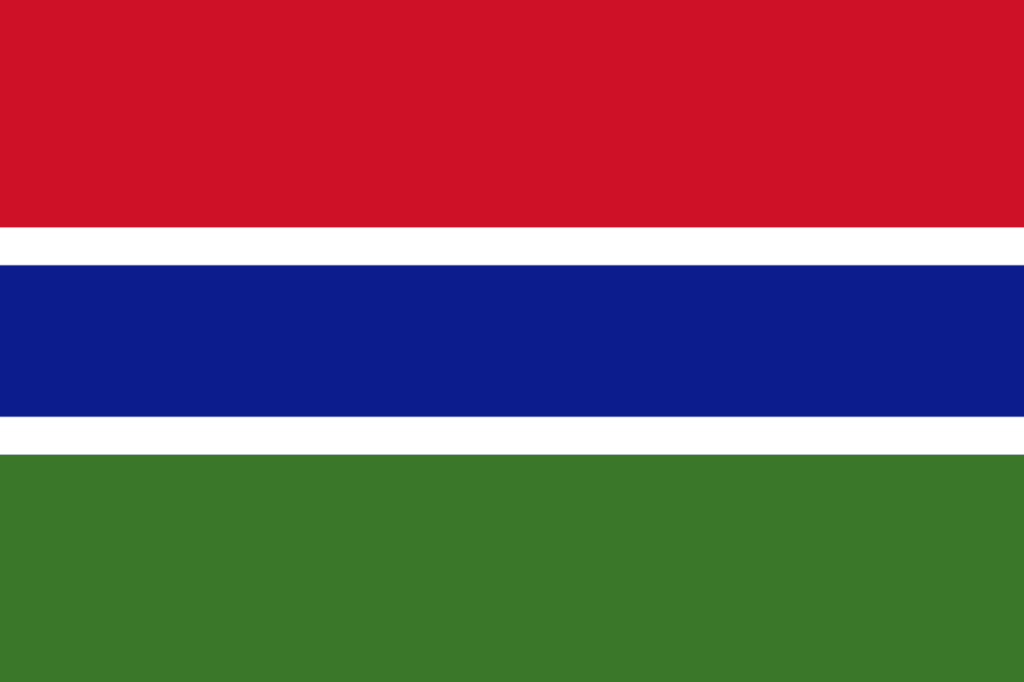 History flag of the Gambia

As a municipal sign of the republic, staying under the protectorate of England, From 1870 to 1889, the flag was used by the colonial possession. It was painted in a dark blue and had an image of an English flag in the upper left corner. The emblem of the Gambia was sought to the right, on which an elephant figure with a raised trunk was depicted. The animal died in the background of palm trees, greenish mountains, and yellowish sands. 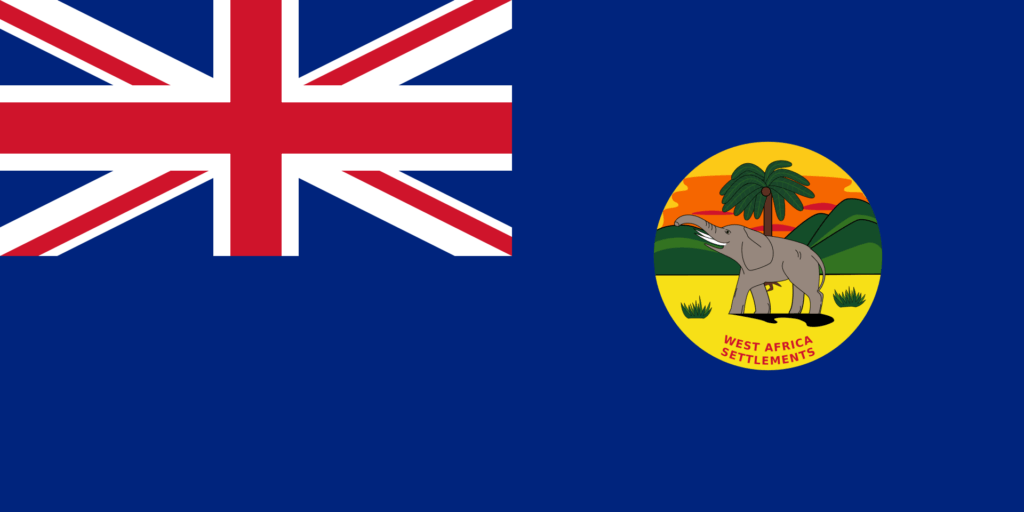 Latin signs have been written with a round emblem latin signs. West Africa Settlements.

In the first half of the 90s of the XIX century, Gambia was divided into two terrains: the Protectorate and the Colony of Gambia. From 1889 to 1965, the appearance of the canvases was not changed, but due to the division of land, the English corona colony changed the inscription on the emblem. Indoor the title of settlements was one huge letter G. 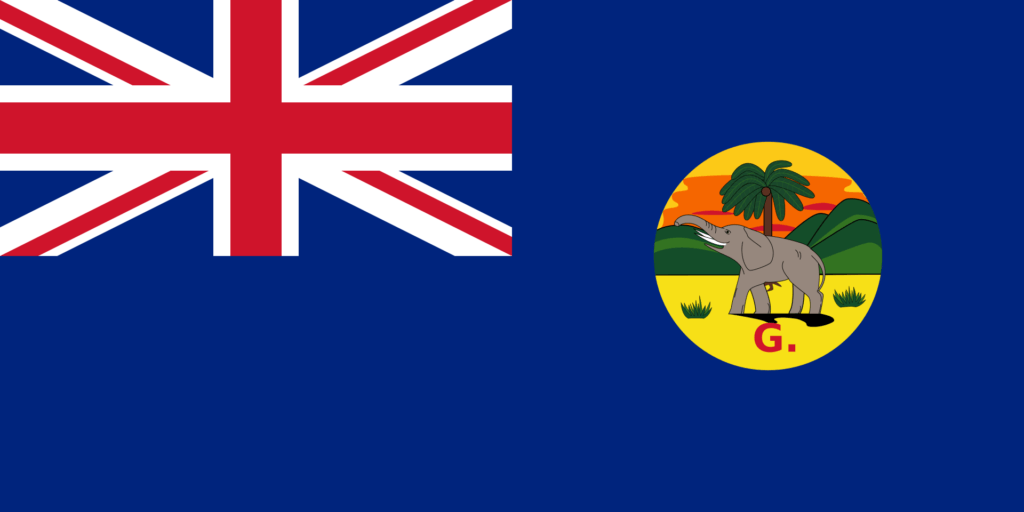 In the 2nd half of the 50s of the 20th century, a new constitution was adopted and the Legislative Council was expanded, and in the first half of the 60s of the XX century, the future African Republic Received permission to create internal management with some restrictions. The authority of self-government took on October 4, 1963, and on February 18, 1965, the government took independence within the borders of the British Commonwealth. 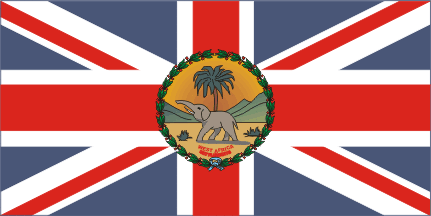 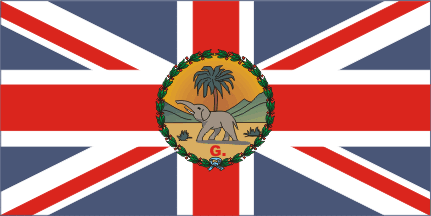 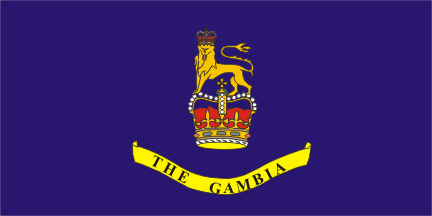 In the year of the acquisition of freedom, the painters of the Gambia made the idea of ​​introducing his own flag. Authorship of the final version of the state symbolism in belonging.Tomasi, which was an employee of the British stamp board.

In April 1970, Gambia changed the form of government and became a republic.

The rectangular shape of the flag of the Gambia has an aspect ratio of 2:3. The main background contains three broad bands and two narrow strips. The upper red part in width corresponds to the lower green part, while the central blue has a slightly smaller size. White narrow bands frame the blue strip and are symmetrically quite a central horizontal axis. The dimensions of all bands on the flag are adjusted between themselves as 6:1:4:1:6.

Colors flag of the Gambia

The canvas of the Gambian flag is broken on the strip horizontally and painted in red, blue, and green colors. The central strip has framed in the form of narrow white lines.

The Meaning colors flag of the Gambia

The top of the top strip is the sign of the sun, which illuminates the terrain. Blue in the center was elected in honor of the river with the same name as the Gambia. Her water gives a local population and the Republic of Life, Narovna with this river flows between red tropical thickets and green forests Savannas.

The green part, located along the lower edge of the canvas, indicates golden lands on the banks of the river. White edging of the central stripe on the flag is associated with prosperity, peace, and unity in the midst of the nations.

The state symbolism of the republic by law can be used for various goals on land and water. The flag is in the right to raise national works of the country, representatives of the republic and officials, and ordinary citizens. Three-band canvas is familiar with both the army and the Navy of the country. The flag can be seen on personal vessels and those belong to commercial marine structures.

Non-specialized information about The Gambia