Skip to content
Flags-World » Flags of the countries of Australia and Oceania » Flag of the Azores: meaning and pictures

Flag of Azores (Portuguese: Bandeira Dos Açores) is the regional flag of the Portuguese Autonomous Area of ​​Azores. It shows a two-color rectangle with an unevenly divided field on a blue on a lift and white on the fly.

The Azores is a region of Portugal, having autonomy status. They are posted on the same archipelago in the center of the Atlantic Ocean. Faithful information about the time of their opening is not available. The area of ​​the area is 2322 km2, with a population of 248.8 thousand. human.

So looks modern flag of the Azores: 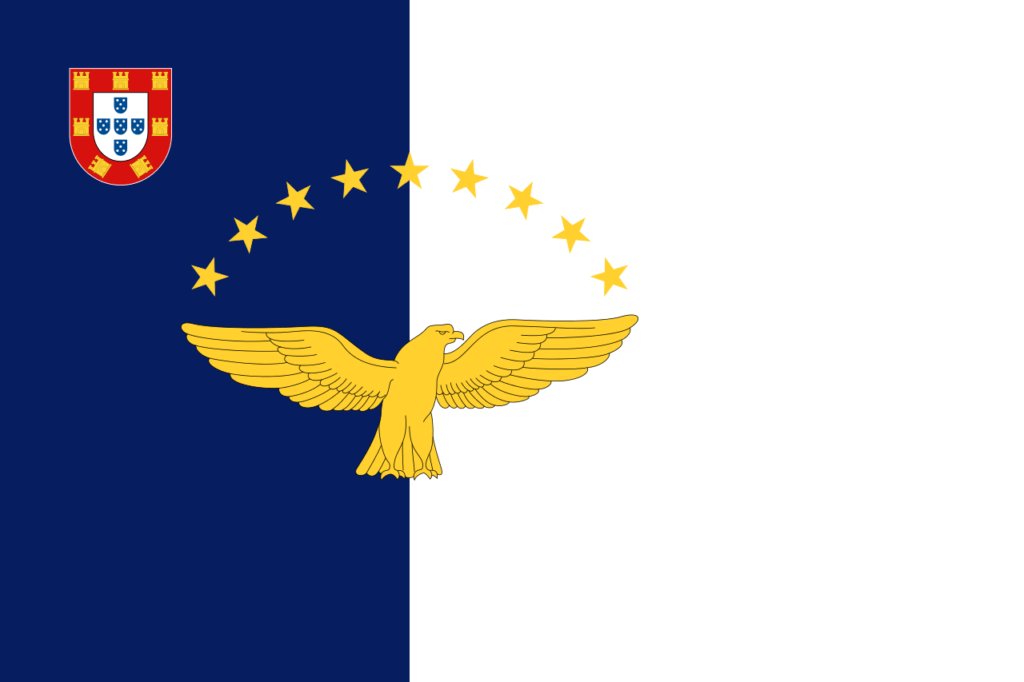 The first atlas and cards drawn by the Spaniards and Italians, with marks on their Azores, seemed to be at 13-14 centuries. By the middle of the 15th century, the colonization of the area began – at first, the Spaniards began, and at the end of which France, Flanders. In the seventeenth century, the Azores are becoming a center on commercial roads in America, Europe, and Asia. Free region Portugal Islands steel since 1976.

Description of the flag of the Azores

At the end of the revolutionary events of 1911 in Portugal abandoned the white blue background. Instead of this, a red-green combination was used. But, on the flag of the Azores, the last coloring was preserved as evidence and sign to the metropolis.

The size of the flag is correlated in the proportions as 2 to 3. Vertical stripes of blue and snow-white color – like 2/5 and 3/5, respectively. The blue part is located closer to the side of the attachment.

Coat of arms of Portugal Without an image, the crown is placed on the blue part of the panel in the upper corner. On the border of blue and snow-white colors caused an outline of a soaring hawk of yellowish color, considered the sign of the Azores. Around the 1st Wing of Birds to the second wing depicted nine stars of yellowish color.

In coordination with the legend, the Portuguese pioneers of the Azores went to the islands, oriented on the flight of birds returning to their nests.

Colors flag of the Azores

On the flag of the Azores are used three main colors: blue, snow-white (white), and yellow. Not counting them are also used red for image Coat of arms of Portugal.

Nine stars on the cloth mean nine islands of the archipelago. Some of them are uninhabited. Bird (Hawk or Korshun) is considered an impersonation of the terrain.

On the Azores from the mid-70s of the 20th century, the separatist militarized group, struggling for the independence of the terrain. This organization had an individual flag having a similarity, with the official sign of the Azores. On a similar blue-white background depicted flying Korshun, and nine stars under it. 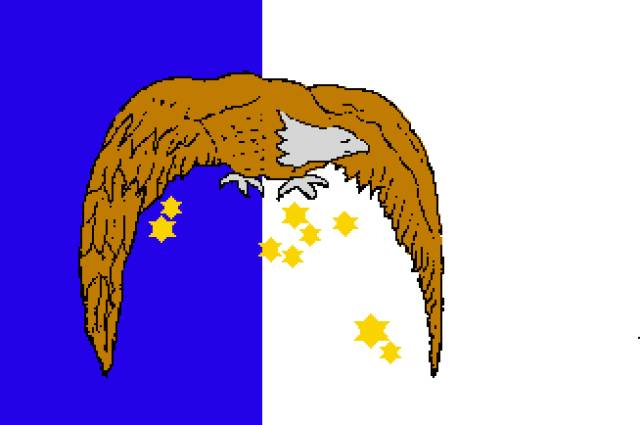 Non-specialized information about the Azores