Skip to content
Flags-World » Flags of Asia » Flag of Kazakhstan: meaning and colors

The flag of Kazakhstan was approved a couple of years after the end of how the republic was published by the USSR. The best brains worked on the development of the canvas; It fully shows the cultural inheritance of the whole people.

So the modern flag of Kazakhstan looks: 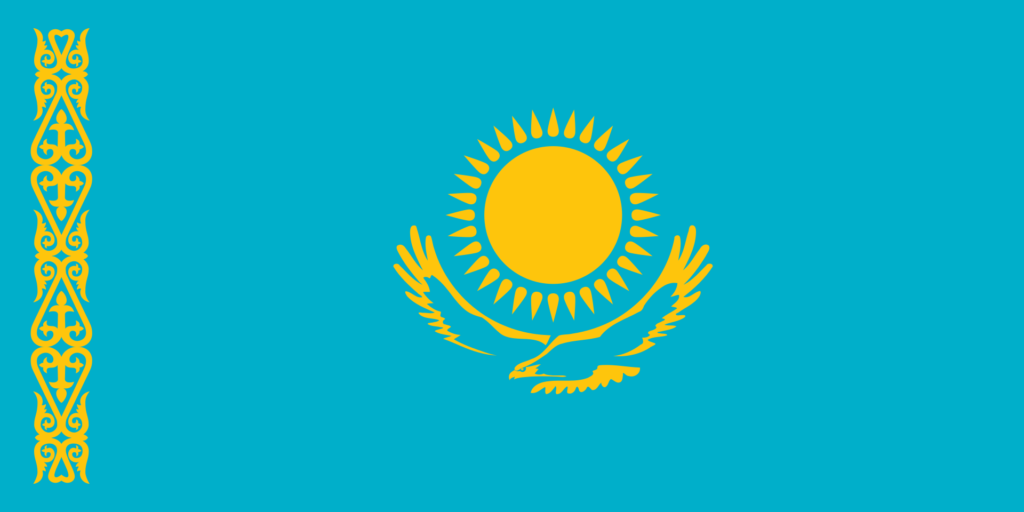 In the first half of the 90s of the 20th century, the Government of Kazakhstan declares the municipal competition: at least which wishing had the opportunity to offer a personal design for the future state symbolism. The qualifying committee was ruled by the current President Nursultan Nazarbayev. A total of 1200 applications were filed.

Jury members unanimously voted for the version of the artist Chaken Nyazbekva. A couple of months was consciously studied all the found literature on Heraldry and the history of the Kazakh people.

In the 2nd half of the 60s of the twentieth century, Nizhibekova prescribed the main artist VDNH Alma-Ata. It Will be held only a couple of years and he will lead the alliance of painters in Kazakhstan.

In the first version, the ornaments, located on the flag, had a red color, but not so long remaining to wait was decided to make them gold.

Blue background – devotion and honesty sign. In Turkic peoples, he denotes an endless sky and all those people who live under it.

In the traditions of heraldry, each color and symbol carry a certain interpretation.

If you interpret the meaning of the sign deeper, the image of the Sun can be associated with the image of a young country that is open to close cooperation with other countries.

The flag is the main symbol of the country that personifies its sovereignty and identity. From the old days, such a distinctive sign connected people with certain state education.