The flag of Austria-Hungary is a rectangular cloth, which at the same time depicts the flag of Austria (left half) and Hungary (right). These two parts are equal to each other, possess equal dimensions and scale.

The effect of unity is achieved only at the expense of the first 2 bands: red and white. Otherwise, state symbols do not have intersection points.

So jumped the flag of Austria-Hungary: photo 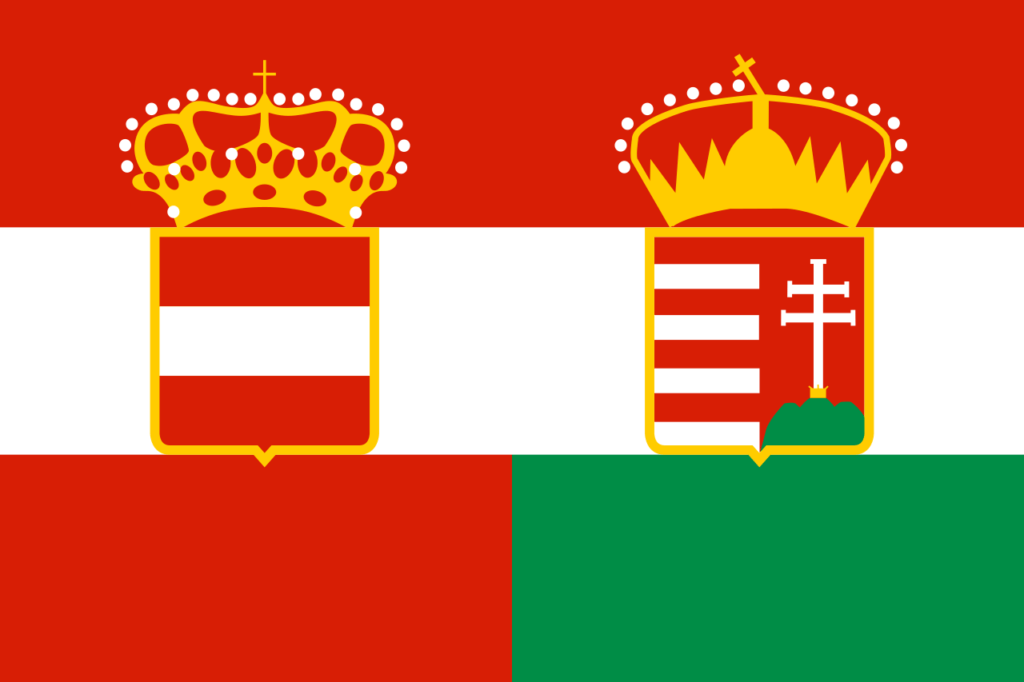 History of the flag of Austria-Hungary

Austria-Hungary – a multinational government, which was on the ground of modern Europe to continue until 1918. The 1st and the only option is made to calculate the final and so with which it is customary to compare the Empire. Also, it is periodically referred to as the civil flag of Austria-Hungary, due to the complete heterogeneity of the political society (a huge number of nationalist uprisings of different peoples and communities, and others).

In the 2nd half of the 60s of the nineteenth century Austria and Hungary practically began to exist as one single political education, but with the condition for the preservation of some possibilities in the latter. From now on the beginning of the flag of the newest Empire!

In multinational states, it is not easy to find a non-specialized, uniting consolidation factor – so it happened with the flag. No matter what civilization sought to show its significance, which has grown into revitalized discussions and conflicts. In addition, the elected version of the flag of the empire has not changed up to the collapse of the empire.

The flag of Austria-Hungary is an equal presence of 2nd Flags Hungary and Austria, With the simultaneous presence of coat of arms (on a monophonic height – above the center). Both countries have a non-specialized central strip, which is on the flag without separation – the symbol of unity and partnership. Also, in general, these 2 states – the struggle for sovereignty, which resulted in their non-specialized political union and education of the empire.

Colors of the flag of Austria-Hungary

The Meaning of the colors of the flag