Skip to content
Flags-World » Flags of Asia » Flag of Bangladesh: image and meaning

Bangladesh flag – a rectangular green cloth with a side aspect ratio of 3:5. Almost in the center of the flag is a red circle with a radius of 1/5 from the flag length. Circle Center – Point in the intersection of 9/20 Flag length (from the Tree) and 1/2 of its width. Reminds the flag of Japan in a different background.

So the modern flag of Bangladesh looks like this: 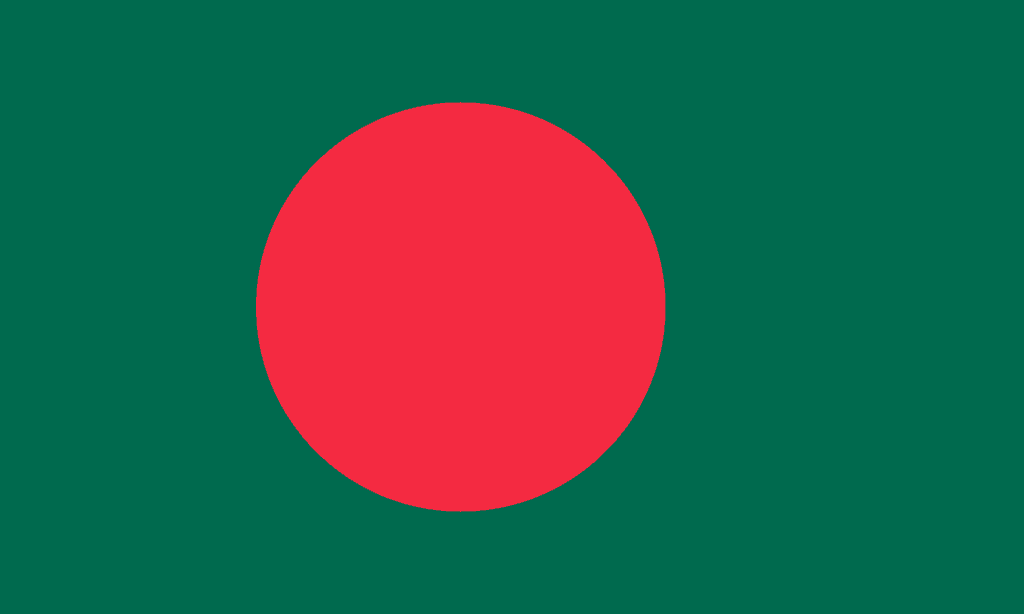 The people’s republic of Bangladesh, a country in South Asia, for a long time abandoned India And there was a colony of England. At the end of a solid war with Pakistan, The government took official independence. And in the first half of the 70s of the twentieth century, the personal municipal flag took.

History of the flag Bangladesh

The flag, in the form, in which it exists at the moment, was adopted on January 17, 1972. So that he was different from Pakistansky was taken not to use crescent and star – signs of religion Islam. At first, among the circle, there was the country’s office, as in the atlas. 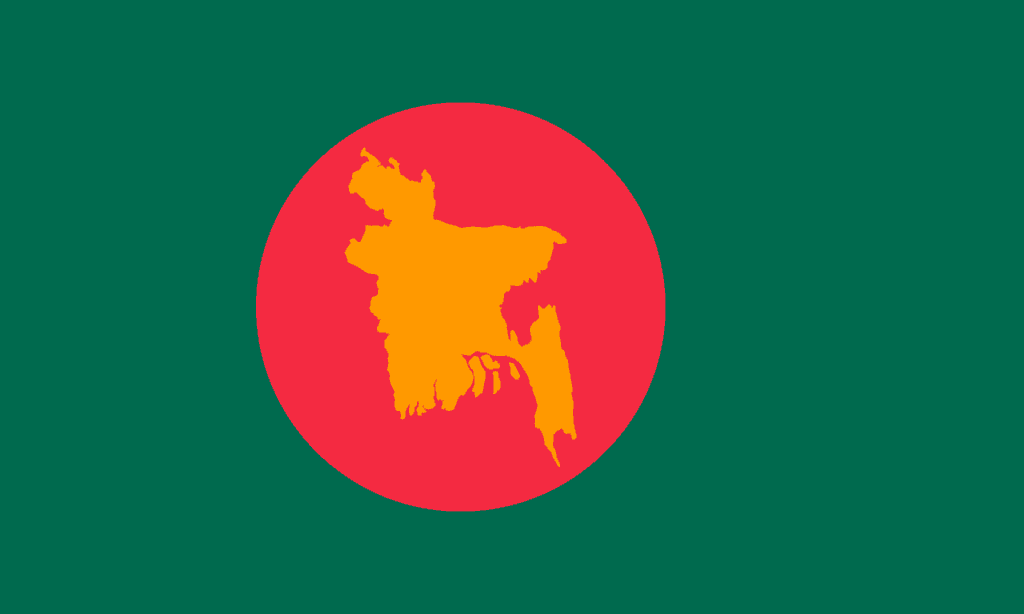 But a year later, the government decided to remove it, in the circumstance that it was hard to correctly reproduce on both sides of the canvas. Light the name of the painter-creator is Kumrull Hassan. Bangladesh has raised Bangladesh in the first half of the 70s of the twentieth century. But later, his design was finalized to be better described by the government to which he belongs.

The flag of Bangladesh hit the Guinness Book of Records on December 16, 2013, as a larger flag. His creation was engaged in 27,117 people.

How does the Flag of the Republic look

The flag is available on the field. The circle is not at all in the center of the rectangle, its radius has 2-lines. One of which is committed in the middle of a narrow strip.

Bangladesh Air Force use just converted flag option. On a blue background of a rectangle at the top at the base, there is a small copy of the State Flag, and in the right-long quarter of the field, there is a red disk, which is encountered in the form of a green circle. 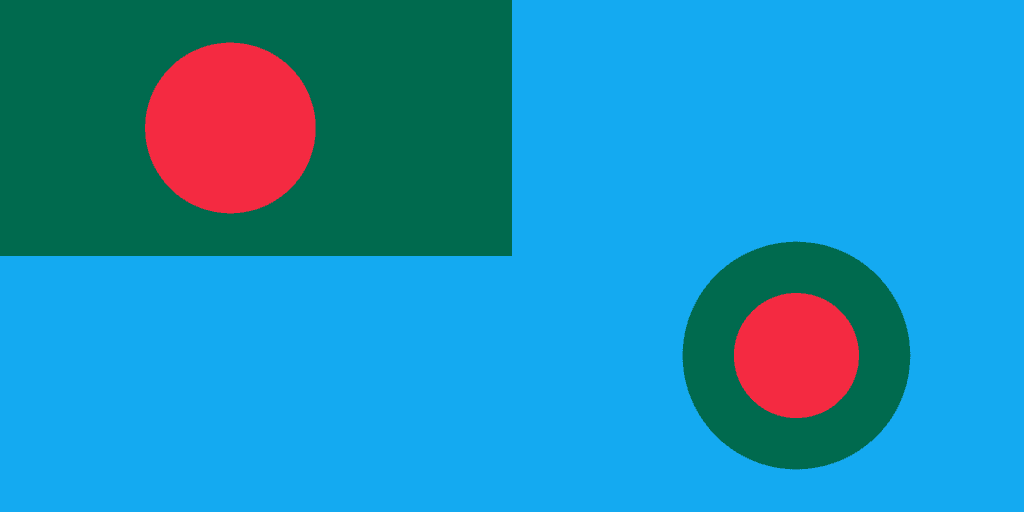 Announced, which use trade organizations, also differ from the state. They are bright red, at the top of the rectangle depicts the State Sign of Bangladesh. This flag is also used by citizens on personal vessels. 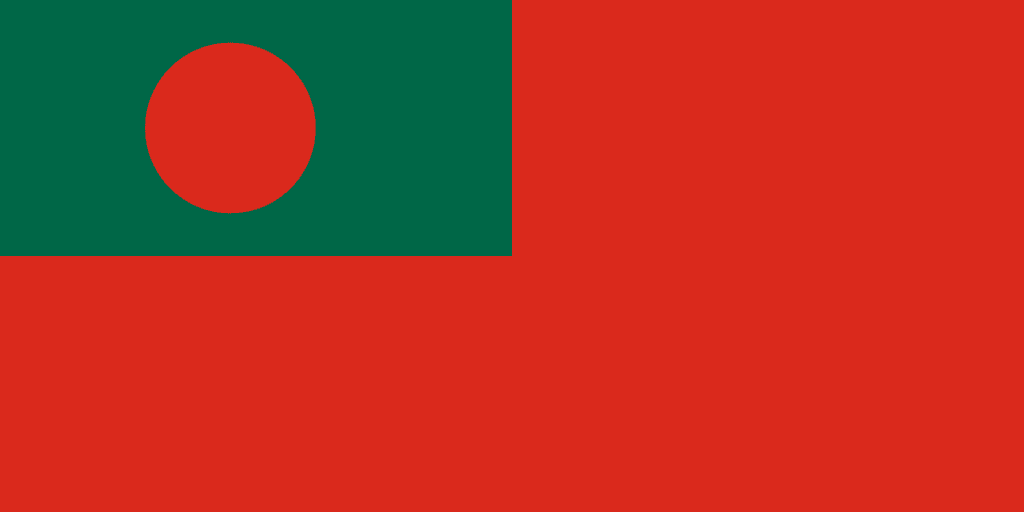 Navy also applies the 2nd flag. On a white rectangle, there is a reduced version of the state version. 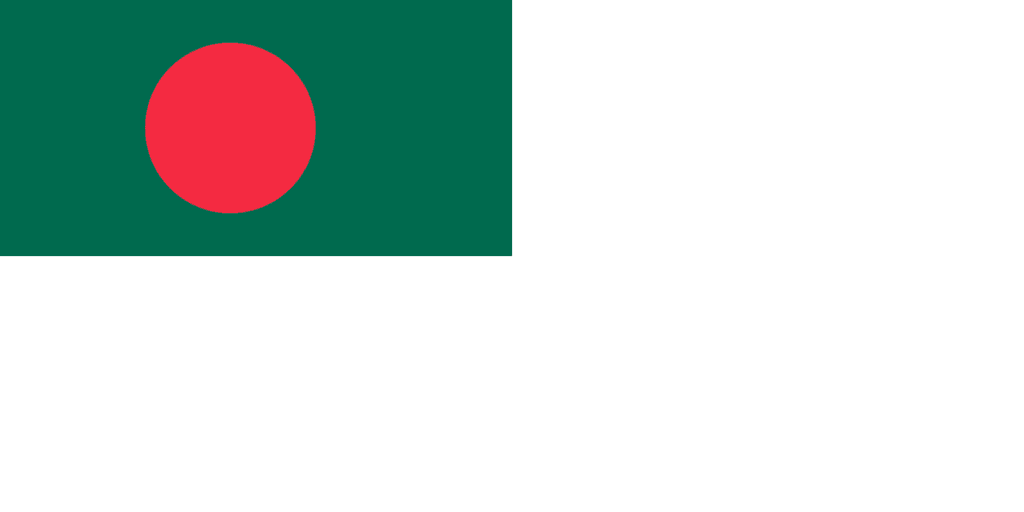 There are only two of them – green and red. Red Circle in the center of the green rectangle.

What do the flag signs and colors meaning?

The Greenfield of the Bangladesh flag symbolizes Islam – religion, which is basic for most of the country’s inhabitants, and rich country vegetation. Because it is not in vain to her awarded the title of “Green Country in the World”. Red disc on a green field is the ascending sun, which illuminates independence and free country in its development.

Bangladesh passed a heavy and bloody way to gain statehood and their own community. Old civilization on this locality originated for another four thousand years, but only completely comparable not so long since the inhabitants managed to return their national idea. And the flag is not just a sign of the country, besides the reminder of how this freedom got.